What to watch in P&G earnings: More pressure on agencies -- and Nielsen? | Ad Age
Skip to main content

What to watch in P&G earnings: More pressure on agencies -- and Nielsen? 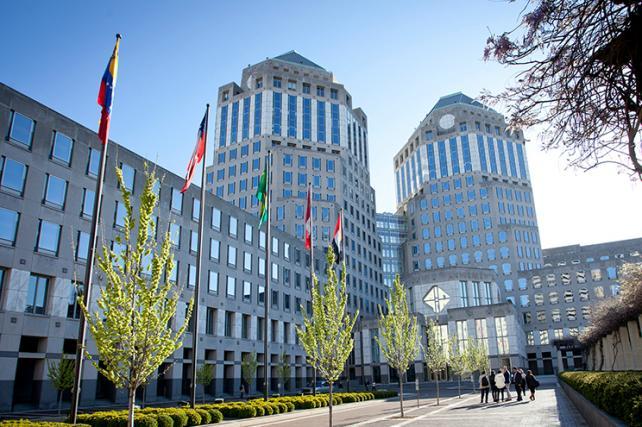 Procter & Gamble Co.'s key competitors mostly disappointed on the top line in second-quarter. Now the question is whether P&G turns out to have been a fellow victim -- or is part of its competitors' problem -- when it reports results for the quarter on Tuesday.

Here's what to watch for from the biggest ad spender in the world:

Why it's so important

The answer has a bigger-than-usual bearing on P&G's future. It's the first full quarter with activist investor Nelson Peltz on the board, and as a result P&G Chairman-CEO David Taylor may not have many disappointing quarters left before other board members listen more closely to Peltz's ideas about things like reorganizing the company into three semi-autonomous units. That in turn could affect P&G media and creative agency assignments and much more, since Taylor last year described the Peltz plan as a prelude to breaking up the company.

What happens will affect marketing spending

Any P&G disappointment inevitably increases cost-cutting pressure on agencies and others, already subject to a continuous cost squeeze. Some cuts are on the way regardless: P&G has announced plans to cut an additional $450 million in marketing services through 2021 after $750 million in cuts the past three years.

That cost-cutting has been contagious, with Kimberly-Clark Corp. earlier this week citing cuts in agency and other "non-working" marketing spending in part for its ability to beat earnings forecasts despite flat sales.

P&G on Tuesday may foreshadow its marketing spending plans for the just-begun new fiscal year. Even if it doesn't, the results will play a major role.

Does P&G have any hope of raising prices?

Commodity and transportation costs are up, so if P&G sales aren't improving much and it has no hope of raising prices, those losses have to come from somewhere, and marketing is among the easiest things to cut. So far, at least Kimberly-Clark has offered some hope that its price battles with P&G may ease.

Most competitors have struggled, which is actually good news for P&G

So far Unilever (organic sales growth of 1.9 percent), Johnson & Johnson (0.9 percent in its consumer business), Kimberly-Clark Corp. (flat), and Colgate-Palmolive Co. (up 0.5 percent) all have delivered lackluster growth or fallen short of sales expectations. One exception was L'Oréal, (up 6.3 percent) but led by its Luxe division, where P&G has only a relatively modest competitive overlap with SK-II. RB (Reckitt Benckiser) also saw organic sales rise a relatively strong 4 percent, but led by baby formula, where P&G also doesn't compete, and against a very weak year-ago quarter.

The favorable sign here for P&G is that in the zero-sum game of CPG, when P&G competitors come up light on sales, it historically meant good things for P&G. Unilever seemed to blame some of its light quarter on aggressive pricing or product moves by others – particularly P&G – in hair-care and deodorants in North America. K-C took a big hit on diapers in China, where P&G has been trying to stage a rebound. Also, P&G's U.S. sales results, as measured by Nielsen and reported by analysts, have been relatively strong of late.

Still, P&G may not gain from others' misfortunes

The unfavorable sign is that the world has changed. While P&G's competitors have largely talked about sales being flat to up low single digits in North America, for example, and syndicated data from the likes of Nielsen back that up, that may be missing the bigger picture. Market Track's InfoScout, which gathers data from a consumer panel that submits receipts from a broader universe of stores than Nielsen, pegs industry growth closer to 4 percent in the past year, citing faster growth not just in online but also in other retail segments not tracked by Nielsen, including Aldi, Ulta, Costco and Trader Joe's. Smaller startup brands and private labels are bigger growers in the untracked channels.

Last quarter was the first in a year not affected by a steep cut in razor prices P&G took in April 2017. That should mean better razor dollar sales for P&G. But the quarter also saw rival Harry's move into a big chunk of Walmart stores, which likely hurt Gillette. Increasing competition in a category once dominated by Gillette also includes a new private-label line from Kroger Co., based near P&G in Cincinnati, and the venerable Barbasol shave cream, which is getting into razors with heavy advertising at nearby Great American Ball Park. There's practically nowhere P&G executives can go without thinking about the challenges Gillette faces.