Ahead of Black Friday, Chains Rely on Markdowns, Weather-Triggered Ads 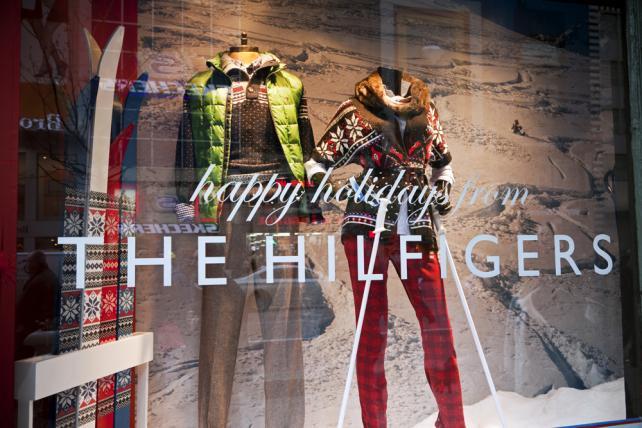 Retailers have too much cold weather gear in stock.
Credit: via iStock

Forget a White Christmas, retailers are dreaming of a White Thanksgiving—or at least a cold one. With Black Friday mere days away, stores are ramping up their marketing in an effort to reverse a downward slide of third-quarter sales following unseasonably warm weather throughout the Northeast.

Even though temperatures are expected to drop this week, it may come too late for those companies dealing with excess merchandise because they ordered cold-weather gear based on last year's chilly fall.

In New York City, for example, the average temperature for the first 19 days of November was 56.1 degrees—9.5 degrees more than the average for that period last year, according to AccuWeather.

Earlier this month, apparel sellers including Macy's, Kohl's and Gap Inc. all blamed 60-degree temperatures for sabotaging carefully planned inventories and promotions. Discounts that go even deeper than planned for Black Friday are on the horizon.

"Prices are best now and they're going to decline almost in a straight line from here to March," said Casey McGeever, chief commercial officer of AccuWeather, which works with dozens of retailers. He noted that most stores placed their inventory orders based on last year's snowy temps. "Time matters here."

Macy's, which posted a 3% drop in third-quarter revenue to $6.1 billion and lowered its forecast for the year, plans to mark down cold-weather merchandise in the fourth quarter, and expects to take a margin hit because of it.

"Those [cold weather] businesses have been tough and obviously often you go to the store to buy the coat when it gets cold, so it's impacting other categories as well because it's less traffic," said Karen Hoguet, chief financial officer for the 850-unit chain, on a recent conference call with investors. If Macy's discounts its goods more aggressively to get them in the door, competitors such as Nordstrom, which suffered its own earnings miss, will follow suit in order to stay competitive with consumers, analysts predict.

"You could argue you'll see more markdowns from outerwear and cold weather related to Macy's need to liquidate—everyone else has to offer that value proposition so it could exert some pressure," said Oliver Chen, a retail analyst at Cowen & Co. Menomonee Falls, Wisc.-based Kohl's also cited weather as a "headwind" related to its earnings. Late last week, Gap reported same-store sales declines of 4% at its namesake label and 12% at its Banana Republic line for the third quarter, though Old Navy saw an increase of 4% for the period. Again, climate played a villainous role.

"We haven't had that cold snap yet really across the country that starts to get those businesses going," said Arthur Peck, Gap's CEO, on an earnings call. "With it being as warm as it has, we're still waiting for demand to really pick up."

Even JC Penney, which has been struggling for years but posted a 6.4% same-store sales increase for the third quarter (and a 4.8% uptick in net sales), got dinged by investors simply for being a seller of cold-weather gear during a warm November. They sent its shares down 8% in a day of trading.

Of course, retailers are trying to do more than just markdowns. Some are working with their advertising partners in an effort to improve their targeted marketing based on current climates.

"One short term recommendation was for more dynamic, digital ads that are weather-triggered," said an agency executive who counts a major department store as a client.

And cold weather doesn't spell trouble for everyone. Non-apparel companies like Lowe's and Home Depot saw same-store sales increases around 5% for the third quarter as consumers used a spring-like fall to get ahead with home improvement projects.