A look at some of the happenings over the next five days of interest to marketers, agencies and media players
READ THIS NEXT
The rise of Gen Z 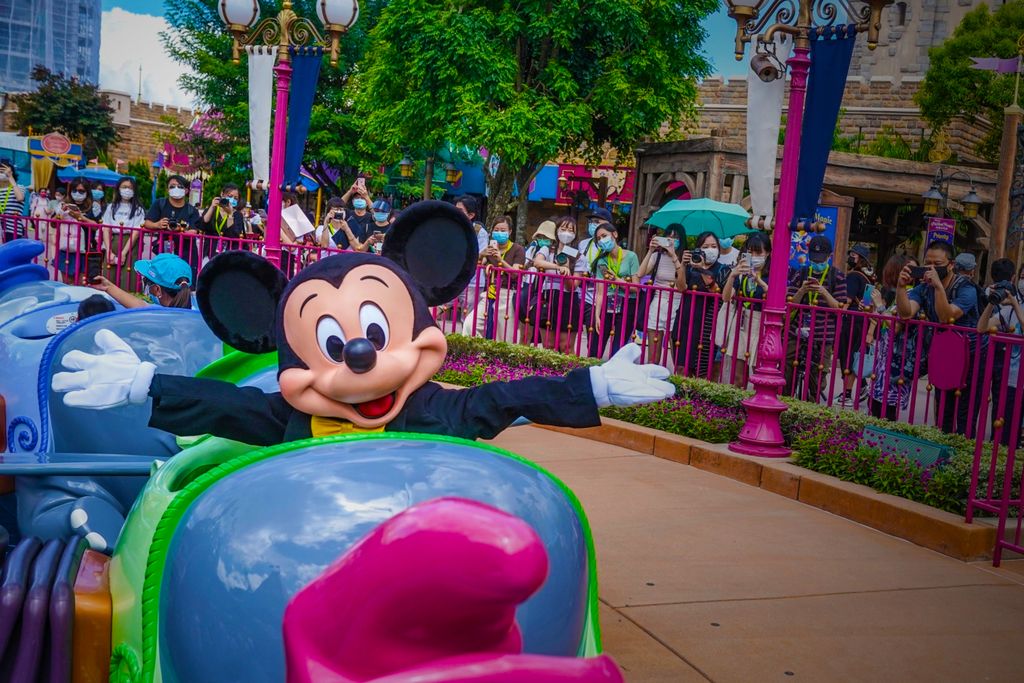 A look at some of the happenings over the next five days of interest to marketers, agencies and media players.

Ad Age’s Small Agency Conference & Awards will be virtually presented over three days. More than 30 speakers from the likes of Goodby, Silverstein & Partners, 600&Rising, Opinionated and Terri & Sandy will participate in a series of workshops, panels, firesides and keynotes.

Clorox Co. reports earnings for what should be another blowout quarter -- it’s fiscal fourth. Sales last quarter soared 15 percent. All signs point to similar or better results today for the maker of the namesake bleach and wipes and other pandemic-fueled brands that include Kingsford charcoal, Brita water filters, Glad bags and Pine-Sol cleaners.

Walt Disney Co. will report earnings in the afternoon. While the media and entertainment giant recently reopened its Disney World theme park in Florida, California’s Disneyland has yet to reopen due to continued spread of the coronavirus. Analysts are expecting a year-over-year earnings decline, despite the progress of Disney Plus, which recently received an Emmy nomination for  “The Mandalorian.”

Edgewell is expected to report earnings today, and unlike companies with household or hand cleaning products, it’s not likely to be pretty. Edgewell’s products include Schick razors and Hawaiian Tropic sunscreen—things that haven’t been helped by people staying inside and not going to work. Rival Procter & Gamble Co. did well, with organic sales up 6 percent globally, thanks to brands like Bounty, Charmin and Tide, but its Gillette business was down.

Nielsen is expected to report earnings at a particularly difficult time. Results were better than expected in the first quarter. Now, the company faces industry backlash over its plans to fold out-of-home TV ratings in with in-home viewership. Expect updates on how its socially distant workarounds to keep TV rating panels operating are going—and perhaps on how the company plans to get the job done with 3,500 fewer people, the number it recently announced it will eliminate.

MDC Partners is expected to release its second-quarter earnings in the morning. In the first quarter, the holding company reported organic revenue growth of 2 percent, its first organic growth posting since the third quarter of 2018. It remains to be seen what impact the pandemic will have on its revenue figures in the second quarter. The holding company is also mulling over a merger with Stagwell Group.

Restaurant Brands International, which owns Burger King, Popeyes and Tim Hortons, releases second-quarter results. Sales at longstanding Burger King locations were trending in line with year-earlier levels in late June after steep declines earlier in the quarter. Popeyes continued to be on a roll in the U.S., with same-store sales up more than 20 percent in late June, the company previously reported. Tim Hortons, however, was lagging, in part a reflection of the pressure all chains are under during breakfast.

Papa John’s is set to report strong quarterly sales as people continue to order lots of pizza during the pandemic. The No. 4 U.S. pizza chain previously announced it wants to hire 10,000 more staffers in the coming months to help meet the demand, on top of the 20,000 hired earlier this year. The chain’s preliminary report showed a 28 percent jump in North America same-store sales.

The Trade Desk is slated to report its second-quarter earnings . The company is perhaps the cleanest bellwether for gauging trends within digital advertising, as it represents an evenly weighted cross-section for both display and connected-TV advertising. It also captures more than 33 percent of its revenue from the major holding companies. The company reported strong growth last quarter.

Clear Channel Outdoor will report its second-quarter earnings. The company, a market leader in providing out-of-home advertising space, should provide a glimpse at whether there’s been any return to normalcy among consumers and marketers. Spotify, for instance, said last week that in-car listening was less than 10 percent below pre pandemic levels, suggesting that consumers are back on the road. Clear Channel’s stock has been decimated since the onset of the pandemic.

The Labor Department releases its July jobs report as a worsening pandemic in some states is threatening plans to reopen the economy—and a nascent jobs recovery. The U.S. economy added 4.8 million jobs in June and 2.7 million in May after losing about 21 million jobs in April. The U.S. unemployment rate stood at 11.1 percent in June, down from 13.3 percent in May and 14.7 percent in April.