The Week Ahead: SXSW is here and March Madness tips off | Ad Age
Skip to main content
Sign In Register

The Week Ahead: SXSW is here and March Madness tips off

A look at some of the key happenings in the next seven days
READ THIS NEXT
How Carl's Jr. and Hardee's are jumping on the branded sneaker trend 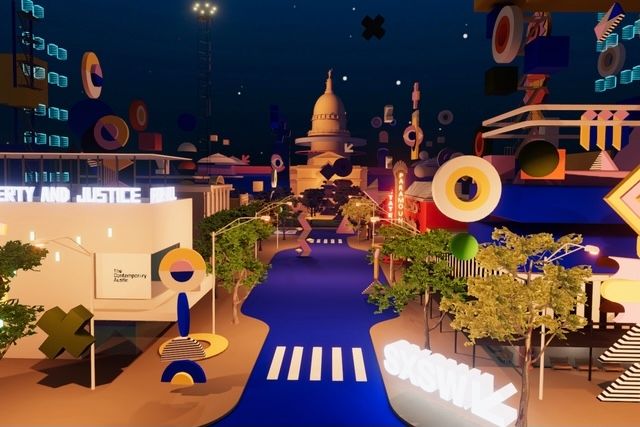 WarnerMedia’s head of advertising JP Colaco will join Ad Age Remotely at 11:30 a.m. EST. This will be Colaco’s first time leading WarnerMedia’s upfront efforts after taking the reins in October. He will discuss the state of the TV marketplace heading into the spring ad haggle, the streaming wars and HBO Max’s upcoming ad-supported tier.

SXSW kicks off today and runs through Saturday. Last year, the Austin-based festival was the first major event to shut down in the pandemic, and it’s gone virtual this year. SXSW Online XR even gives attendees a virtual reality replica of downtown to explore. Review a schedule of speakers and exhibits here. And check this out to learn how to make the most of the event.

Univision named Donna Speciale as its ad sales chief in January. She will join Ad Age Remotely at 11:30 a.m. EST to discuss the new role, her priorities for the Hispanic media giant and her outlook for the 2021 upfronts.

Petco reports fourth-quarter earnings after going public in January. Sellers of pet products have reaped the benefits of an uptick in animal adoptions during the pandemic. In November, Petco tapped Droga5 as its new creative agency.

March Madness begins with the “First Four” games on TBS and truTV. With limited fan attendance and all games played in Indiana, the tourney will look a lot different this year, forcing brands to adapt. But CBS Sports Chairman Sean McManus told reporters last week that CBS and Turner Sports were “just about” sold out of ad inventory for the two-and-a-half-week event.

Thirty-eight years ago today, Nancy Reagan took her “Just Say No” campaign to the NBC sitcom “Diff'rent Strokes.” The episode, as described by IMDB, showed Arnold (Gary Coleman) as a reporter for his school newspaper learning that drugs were being sold at his school, drawing the attention of Reagan who visits.