Which brands are surging, sinking or just holding steady, according to their earnings reports | Ad Age
Skip to main content
Sign In Register

Which brands are surging, sinking or just holding steady, according to their earnings reports

Tracking the winners and losers in a quarter that saw broad improvement, but still plenty of pain
READ THIS NEXT
ANA pushes for less transparency around donations to nonprofits 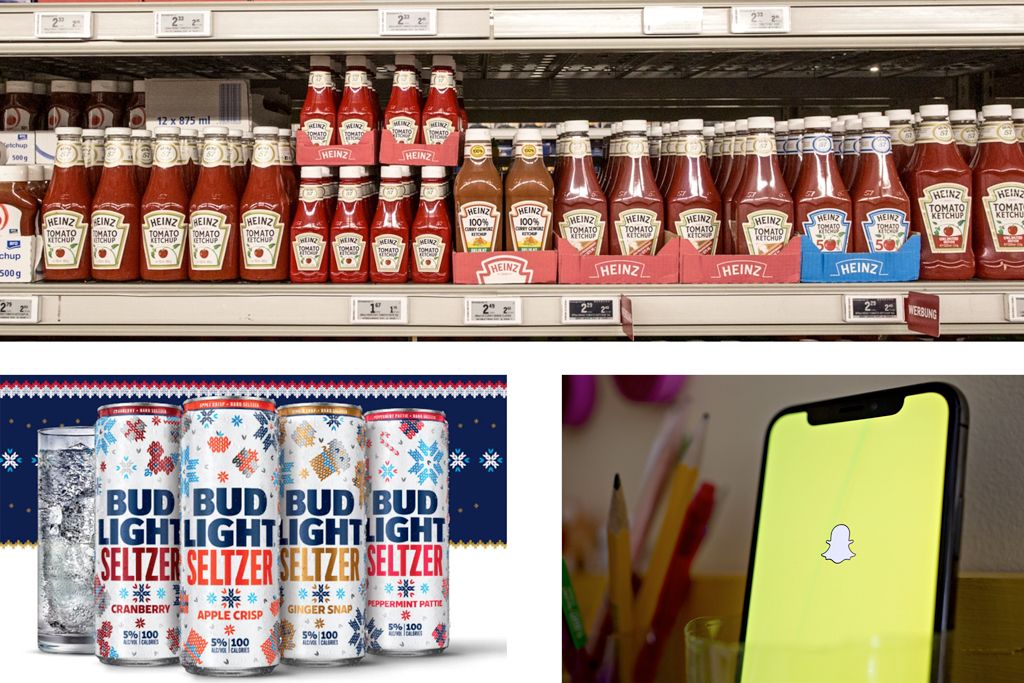 If 2020 is graded on a COVID curve, then brands surprised to the upside in the third quarter. Dozens of companies showed signs of recovery after posting dreadful second-quarter results. As of Oct. 30, 86% of companies reported earnings-per-shares that topped estimates, which exceeds the five-year-average of 73%, according to Factset.

But that does not mean marketers are flush with cash—Factset estimates that the sum of earnings for the S&P 500 fell 9.8% as of Oct. 30. And, if that holds, it would mark the third-largest year-over-year decline in earnings reported by the index since third quarter 2009, Factset reports.

The bottom line: While there are plenty of green shoots, money is still tight, meaning marketing budgets will remain under scrutiny as CEOs and chief marketing officers set priorities heading into the new year.

As always, there were winners and losers. The auto industry is a bright spot, with brands coming back after dealers were shuttered in the early days of the pandemic. The tech industry was equally resilient, with Facebook brushing off an ad boycott. The losers include Starbucks—which is still suffering from a dearth of office-worker foot traffic—as well as the ad agency industry, with holding companies continuing to experience steep revenue declines.

Below, a closer look at the companies that surged, held steady or sunk from July to September.

The brewer’s move to invest in more-expensive brands is paying off, even during the pandemic. It reported its first market share gain in the U.S. in many quarters, as far back as late 2012, according to Sanford C. Bernstein. Higher-end brands like Michelob Ultra and Bud Light Seltzer led the charge. “We continue to expect ABI to emerge from the crisis in an even stronger competitive position, as it is accelerating investments in digital capabilities to improve consumer and customer connections, marketing efficiency and effectiveness, while competitors are struggling,” stated analyst firm Evercore ISI.

The food marketer, still in turnaround mode, has moved from being “cautiously optimistic to confidently optimistic,” says CEO Miguel Patricio. He and other execs say Kraft Heinz is holding on to shoppers at a greater rate, as they trust brand names such as Philadelphia cream cheese. The company is trimming the number of innovations it focuses on to try to ensure bigger hits. Third-quarter results topped the expectations it gave on Sept. 15, and the company raised its 2020 outlook.

The automotive industry is showing remarkable resilience after the pandemic shut down dealers and hurt sales earlier in the year. FCA—whose brands include Jeep and Ram— is among the winners, with strong truck and SUV sales pushing third-quarter profit to $1.4 billion. The financial uptick bodes well for the automaker making a return appearance in the Super Bowl. Agency pitches are said to be underway.

The messaging app, which likes to focus on frivolity instead of politics, rode a wave of goodwill which led to a surge in ad sales, which at $679 million were up more than 50% year over year. The app hit 249 million daily active users, an increase of 18% year over year. Pinterest also joined Snap in the positive side of social media with its 58% revenue jump, year over year, hitting $387.8 million. The two social sites showed that there is an appetite among brands for an oasis from more combative platforms like Twitter.

A different quarter and new CEO in Linda Rendle—but it was the same story in that the pandemic just keeps driving insane revenue growth, with organic sales up 27%. Even more remarkable, Clorox found a way to boost ad spending for its retail brands by 30% in its fiscal first quarter ended Sept. 30, despite continuing its boycott of Facebook properties through year-end. The company expects to maintain marketing spending as a share of sales at around 11% for the full year, accelerating to 12% in the back half (from January). Of course, at that point, the Facebook boycott should be over, and Clorox will start lapping those monstrous sales gains driven by Clorox Wipes, Brita water filters and other household products that began a year earlier.

The nation’s fourth-largest advertiser beat analyst expectations handily in its fiscal first quarter ended Sept. 30, with organic sales up 9% to $19.3 billion and net earnings up 19%. P&G suffered badly through the last recession, but there’s no sign that high unemployment or the dwindling effect of U.S. stimulus spending is making people trade down to cheaper products now. Chief Financial Officer Jon Moeller noted that people are saving plenty on travel, entertainment and apparel, leaving money for trusted household brands. P&G increased marketing spending at least $100 million. “We view this as a time to spend forward in terms of our advertising levels, not to spend back,” Moeller said in a media call.

Thanks to a rise in homemade facemasks and do-it-yourself crafts from those stuck at home during the pandemic, Etsy is seeing sales soar. The online craft marketplace reported revenue of $451.5 million, a 128% increase over the year-earlier period for the three months ended Sept. 30. Sellers and buyers both increased substantially during the quarter as well.

Wayfair reaped the benefits of continuing trends like remote learning and home improvement projects; the retailer reported a 66.5% rise in net revenue to $3.8 billion. Hot items like children’s desks have had trouble staying in stock to meet robust demand. As consumers decorate for the holidays and snap up items like Christmas trees and wreaths, it’s unlikely Wayfair’s sales gains will slow down in the coming weeks.

Fox News helped buoy the company, even as it saw declines in other areas of business. Revenue grew 1.9% to $2.72 billion, while profit hit $1.1 billion, or $1.83 a share, compared with $499 million, or 80 cents, in the year-ago period. While advertising revenue declined 6.9% due to the reduction in live sports amid the pandemic, it was offset by the cable division, which posted an 18% jump in ad revenue.

The sportswear retailer reported better-than-expected earnings that included revenue of $1.4 billion, flat year-over-year and adjusted net income of $118 million. However, the brand expects revenue for the year to be down at a high-teen percentage rate compared with 2019, due to ongoing erosion from the pandemic and other factors like a decline in licensing revenue because of contract schedules.

The maker of Oreo cookies beat expectations, with solid growth at home and improvements in some emerging markets. The company’s outlook wasn’t as strong as some had hoped, in part because the cookie maker is baking in expectations for higher freight costs. Some potential good news for agencies: it’s also investing more in marketing.

While it underperformed competitor AB InBev, the maker of Coors Light and Miller Lite held its own, modestly beating earnings-per-share expectations. Marketing spending fell compared with the year-prior period but the company expects to boost spending in the fourth quarter. It is also making a big bet on growing beyond beer, with investments in ready-to-drink coffee through a partnership with La Colombe and non-alcoholic products such as plant-based diet soda brand MadVine.

The social network reported it now has 10 million advertisers across Facebook, Instagram, WhatsApp and Messenger, up from 9 million in July. So much for the boycott. Facebook ad revenue rose 22% year over year to $21.2 billion in the third quarter, as the social network catered more to brands looking to conduct e-commerce online during the pandemic. But it wasn’t all rosy—usage slipped in North America with 2 million fewer people on Facebook compared to the prior quarter. That still left 196 million people from U.S. and Canada on the social network every day, and 2.54 billion people on the “family of apps” daily. Facebook proved it is weathering the storm just fine, and the stock price held steady. Same with Google, which reported that YouTube ad revenue topped $5 billion in the third quarter. That’s just a sliver of the $46.2 billion in revenue reported by Google parent company Alphabet.

The beauty brand hasn’t exactly returned to pre-pandemic levels, but it delivered a substantial upside surprise by reporting third-quarter organic sales growth of 1.6%, beating consensus analyst expectations by more than 4 percentage points. Bernstein Research points out that this also handily beat the global beauty market, which declined 5% in the quarter. The CeraVe skincare brand actually ran out of stock by growing too fast at 82%.

The coffee giant is still seeing declining sales at its shops, many of which are located to entice office workers who, well, still aren’t going to the office. Even though results topped Wall Street’s expectations, U.S. comparable transactions in the latest quarter were down 25% from a year earlier, with same-store sales down 9%. One good sign is that when people order, they’re buying more (always nice to grab treats for your at-home brood): the average spend per order is up 21%. Holiday drinks and snacks may give a little jolt to sales in the current quarter.

Twitter had the roughest quarter of its peers, damaged most by the harsh political tone in social media that has made some brands a little nervous to join the daily conversation. Twitter still saw a return to ad growth, up 15% year over year to $808 million, rebounding from the darkest period of the pandemic. But Twitter execs cautioned that some brands would turn down the volume on ad campaigns while political campaign volume was high in November. Twitter stock tumbled about 20% in the aftermath. Twitter still saw user growth tick up, and the company says brands will just delay spending, and come piling back in once the voting is done.

Third-quarter results may have shown signs of improvement but the holding company still has a ways to go to return to pre-pandemic growth figures. The company reported a 9.8% slip in total revenue to $3.8 billion and an 11.9% decrease in revenue less pass-through costs for the third quarter. Some of the bright spots in the earnings report include a 5.1% decline in like-for-like revenue less pass-through costs for North America, which was a marked improvement from the 10.2% decline the region experienced in the prior second quarter. WPP called out VMLY&R and GroupM as two agencies that outperformed the rest and kept revenue figures from further declines. Revised estimates for the full year are also not quite as bad as previously expected. WPP said it expects 2020 revenue less pass-through costs to be down between 8.5% and 10.7%, compared to estimates made in the first half of the year calling for a fall of between 10% and 11.5%.

The holding company posted steep declines for the third quarter with Chairman-CEO John Wren saying they were expected as the negative impacts from COVID-19 “peaked in the third quarter.” The holding company reported an 11.5% decline in third-quarter worldwide revenue to $3.2 billion and an 11.7% decrease in organic revenue. By discipline, Omnicom reported that its traditional advertising services continued to slip, falling 13.2% in organic revenue in the third quarter. The only business area that the company didn’t report declined was healthcare, which increased 5.3% organically in the quarter.

The company faced continued financial woes as a result of client budget cuts due to the pandemic. The holding company of agencies including 72andSunny, Doner, Anomaly and CPB posted a revenue decrease of 17.3% to $342.9 million and an organic sales slip of 16.4% for the third quarter. The company declined to provide outlook for the full year “given the uncertainties in the global business environment arising from the COVID-19 pandemic.” Meanwhile, CPB was dealt another considerable blow last week when Domino’s, its client of 13 years, took its creative account to independent shop WorkInProgress.