Hello. Or should we say Aloha. The Hawaiian greeting was at the center of a trademark dispute this week. Find out more on that below, as well as what MillerCoors is saying about its CMO search. But we begin with a unique take on systematic racism from the founders of an ice cream brand.

'There never would have been a Ben & Jerry's'

The story of Ben & Jerry's has been told numerous times in the brand's 40-year history, but not like this. Founders Ben Cohen and Jerry Greenfield—who have long spoken out on a variety of societal topics—now say they owe their success to white privilege. Ben & Jerry's recently posted a video of a speech the duo gave at the A.C.T. to End Racism Rally in Washington back in April, and it's not the typical corporate talk.

First, Greenfield tells their story of growing up in the Long Island suburb of Merrick, attending private colleges, escaping some legal snafus, getting a small business loan, and being largely oblivious to racism. Then Cohen tells the same story as if they were born black which means their parents couldn't get mortgages or be approved by housing developers seeking white buyers, and continuing to struggle with the aftermath of the legal problems that were basically dropped in their real lives, including the inability to secure that loan. As Cohen says, if the duo were black "there never would have been a Ben & Jerry's. The deck was just too stacked against us."

You can watch the whole speech below or on Ben & Jerry's site where it's headlined (yes, really) "How White Privilege Made Ben & Jerry's Possible."

Relax, no one owns 'Aloha'

Aloha Poke Co., a Chicago-based chain selling the Hawaiian-style fish, is apologizing after its push to defend its trademark generated a ton of negative publicity. The chain has asked restaurants to stop using the phrase "Aloha Poke," but some thought it was pushing anyone else to stop using either word. Some Hawaiians called out the supposed efforts in the press and on social media, a Change.org petition was generated, and coverage swelled. On Monday, the chain issued an apology on Facebook. A petition posted Wednesday seeking the revocation of the "Aloha Poke" trademark had 39 supporters at press time.

Home goods brand Pier 1 has a new CMO and agency so, naturally, a rebrand is underway. Chief marketer Kelly Cook, who was one of the last marketers standing at Sears before the retailer thinned ranks this spring, came on board in March and immediately tapped Droga5 to push a customer-first mantra. "This is Me" debuts today to demonstrate that home is about individuality—and hopefully more shoppers will buy the retailer's eclectic assortment of squawking bird statues and decorative spheres.

Visa scores (again) with the Olympics

Visa is renewing its global partnership with the International Olympic Committee through 2032, continuing a relationship that dates back to 1986. All bets are off on who will be the payments provider's spokesperson by then though. Earlier this year, Visa suspended all marketing with long-time spokesman Morgan Freeman following allegations of sexual harassment against the 81-year-old actor.

Molson Coors made a long-term marijuana play today, forming a joint-venture to create cannabis-infused beverages for the Canadian market, where pot will be legal on Oct. 17. But in the U.S., the brewer's MillerCoors division is focused on fixing an immediate problem: Coors Light, which is in decline. 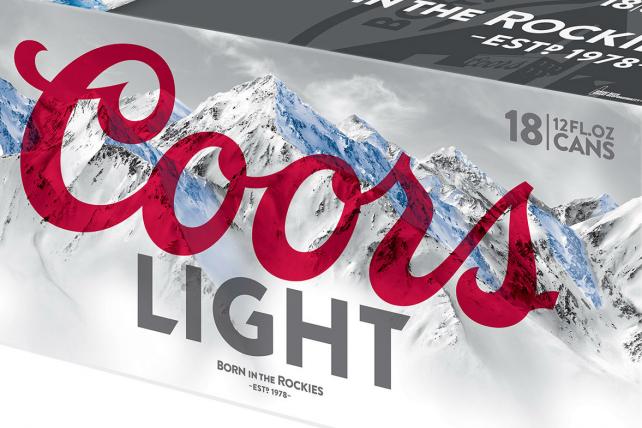 The brew tweaked its campaign in March but that didn't help. And four months later, CMO David Kroll lost his job. MillerCoors is still searching for a replacement, but whoever it is, "their number one job will be Coors Light," MillerCoors CEO Gavin Hattersley said on an earnings call today. The brand's agency, 72andSunny, can breathe a sigh of relief. A MillerCoors spokesman confirmed today that Coors Light is sticking with the MDC Partners-owned shop. 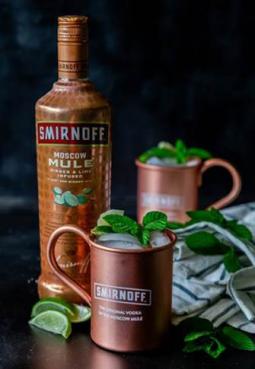 Putting pre-mixed cocktails in cans or bottles is hardly revolutionary. But Smirnoff gets points for the copper-colored bottle of its new Moscow Mule. Trivia: Smirnoff claims credit for the cocktails founding in the 1940s.

Six percent: That's how far sales fell at Toyota Motor Sales U.S.A., with the Toyota brand down 5.1 percent and Lexus off by 12 percent. Overall, it was not a great month for vehicle sales, with Ford, Nissan, and Honda all recorded lower U.S. sales, according to Automotive News.

David Klein has joined the American Marketing Association as chief content officer. Klein until last summer was senior VP/Group Publisher at Ad Age-owner Crain Communications. The AMA bills itself as the largest chapter-based marketing association in the world, with a presence in more than 70 cities and 350 college campuses. Its publications include Marketing News magazine, Journal of Marketing and Journal of Marketing Research. "David's bona fides rose to the top as a proven leader who can jump orbits with AMA content as the most useful and worthy content in marketing," says AMA CEO Russ Klein, who is not related to David Klein.