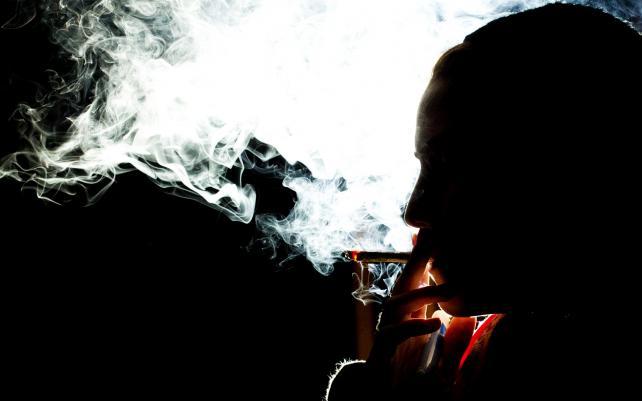 New York state may see potential tax dollars go up in a puff of pot smoke.

"It's clear New Jersey is going full rec,'' Ford says. "As soon as Governor Murphy collects a tax dollar from a New York City resident, New York is going to push that bill right to the front.''

Murphy was elected last year with a promise to legalize marijuana, and New Jersey lawmakers are already circulating a draft bill that could see a vote as soon as this month. And with New York's northern neighbor, Canada, starting retail sales nationwide in mid-October—and Massachusetts and Vermont on its eastern flank allowing adults to consume it without a prescription—New York state is finding itself behind the times.

But signs are already emerging that the disparity may not last. New York Governor Andrew Cuomo has sounded more amenable to recreational weed since fending off a Democratic primary challenge from progressive activist Cynthia Nixon, who made legalization central to her unsuccessful campaign. Cuomo appears headed to win a third term in November.

If New Jersey were to legalize without New York following suit, it would be reminiscent—though the reverse—of a decades-long period ending in the early 1970s when New York's drinking age was 18 and New Jersey's was 21. The difference saw Jersey teenagers make their way over the state line to legally buy alcohol.

Full legalization in New Jersey and New York could mark a tipping point for the nascent U.S. cannabis sector. Legalization in the tri-state metro region, which also includes Connecticut, could create a combined market for legal cannabis exceeding $5 billion by 2022, second only to California, the world marijuana leader, according to BDS Analytics, an industry consultant. Legalization in the U.S. media capital could also change the national dialogue.

"You cannot underestimate the impact that New York particularly is going to have on the legalization conversation,'' says Daniel Yi, a spokesman for MedMen Enterprises, a publicly traded cannabis retailer. "It's huge.''

Allowing recreational use could boost New York marijuana sales to $3.65 billion by 2022, compared with $90 million in medical marijuana sales last year, according to an analysis for Bloomberg conducted by BDS. That could generate $700 million a year for government services, depending on tax rates, he says. New York City's comptroller estimates legal pot could yield $772 million in annual revenue for the city and state.

A Gallup poll in October found a record high 64 percent of Americans say marijuana should be made legal. State level polls this year by Quinnipiac University found 63 percent of New Yorkers support legalizing marijuana for personal use, compared with 62 percent of residents in New Jersey and 59 percent in Connecticut.

Having retail pot shops in New York City, where much of the national news media is based, will engender a more honest dialog about legal marijuana, MedMen's Yi says. That could help spur the end of federal pot prohibition with passage of the States Act, a bipartisan bill that would let states set their own policies, he says.

MedMen was counting on full state legalization when it opened four New York medical dispensaries, including one on Fifth Avenue in Manhattan, that it hopes will give the company a head start once an adult-use law is enacted.

Legalization would not only make pot as readily available as alcohol in the largest U.S. metropolitan area -- it would provide a big sales lift to companies like Scotts Miracle-Gro Co., whose Hawthorne Gardening unit is the top supplier of cultivation products to the legal cannabis industry.

"That New York tri-state area is as big as California, and that's not online at all,'' Scotts CEO Jim Hagedorn said on a July conference call, touting the revenue opportunity. New York and Connecticut probably will follow New Jersey into legalization "pretty rapidly,'' he said.

All three states have medical programs that provide access to marijuana to those with a doctors' prescription and who register with authorities. Making pot available to all adults without such requirements increases the cannabis user base about 10-fold, based on trends in states like Colorado that have enacted adult-use laws, says Tom Adams, BDS managing director of industry intelligence.

Any change in Connecticut depends on the outcome of the governor's race, says Vivien Azer, an analyst at Cowen & Co. Democratic gubernatorial candidate Ned Lamont, who supports legalization, is leading in early polls of Connecticut voters. Republican candidate Bob Stefanowski has called for more research before expanding the state's medical marijuana program.

"Assuming you get a Democratic winner in that race, it would seem pretty reasonable that all three would go, given their geographic proximity,'' Azer says.

If New Jersey legalized adult-use cannabis this year, the regulatory framework needed for sales to begin probably would be in place 12 to 24 months later, Azer says. Nevada set a speed record when it launched its recreational market about nine months after voters approved a 2016 ballot initiative, she says.

New York could be sacrificing more than cannabis taxes if it doesn't follow New Jersey. Taxes on beer, wine and liquor also would be at risk, because consumers of legal marijuana drink less alcohol, Azer says.

"New Jersey gets all the cannabis tax, and then New York loses a portion of their alcohol tax," she says.

If any state legislature passes a law allowing cannabis sales without a prescription, it would be a first. All eight states that currently allow recreational sales did so through voter referendums. Vermont's legislature was the first to legalize adult use of cannabis, but the system allows homegrown weed only, not retail sales.