READ THIS NEXT
The Week Ahead: Facebook and McDonald’s report earnings and Denzel Washington flick comes to HBO Max 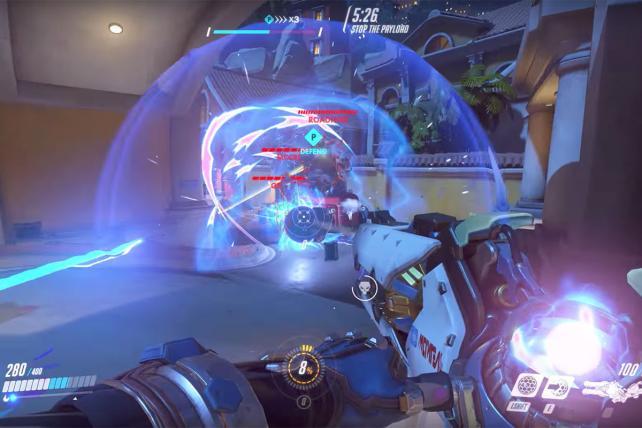 Game play in 'Overwatch,' for which a new league will create teams based in certain cities. Esports leagues have until now been borderless, unlike traditional sports.
Credit: PlayOverwatch via YouTube

Love him or hate him, Robert Kraft has taken the New England Patriots to new heights. Now a major video game marketer is hoping that the CEO of the Super Bowl-winning franchise can lend his magic touch to esports as the burgeoning industry lurches toward the mainstream.

Kraft will own one of seven founding franchises for Activision Blizzard's Overwatch League. The league, which is expected to begin play later this year, eventually hopes to lure 28 teams to compete globally in the team-based shooting game, which Activision-Blizzard says has more than 30 million individual players worldwide.

While other esports leagues are borderless, the Overwatch League will be filled with city-based teams. Organizers hope the setup, which more closely mirrors traditional sports leagues, will make the league more appealing to sponsors and advertisers.

"We think that this is the model that has been missing from esports," said Pete Vlastelica, a former Fox Sports exec who leads Activision-Blizzard-owned Major League Gaming. MLG operates MLG.tv, an online broadcast network for professional gaming. "It's a model that we've all seen work very well in traditional sports, both in terms of creating fans as well as unlocking value in the form a of ticket sales and venue opportunities and local sponsorships." 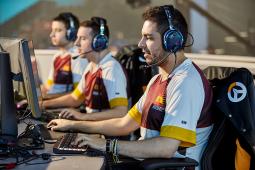 The founding franchise owners, which Activision Blizzard announced today, also include Jeff Wilpon, chief operating officer of the New York Mets and a partner of Sterling Equities. Other owners come from more established esports organizations. For instance, a team in Miami-Orlando will be owned by Ben Spoont, CEO of Misfits Gaming. Misfits, which counts the NBA's Miami Heat as investors, runs teams for other esports games including "League of Legends." Andy Miller, founder of NRG Esports, will run a team in San Francisco. NRG investors include NBA legend Shaquille O'Neal and ex-Yankees great Alex Rodriguez. Owners were also announced for teams in Los Angeles, Shanghai and Seoul.

The involvement of big-name business people and sports legends is evidence of the growing financial prospects of esports. The industry, which began with informal competitions held at video game arcades in the 1970s, is now valued at nearly $700 million globally, including media rights, advertising, sponsorship, merchandise and tickets and game publisher fees, according to industry tracker Newzoo. Still, esports has a reputation as a Wild West with a fractured landscape of teams and leagues that has kept some brand investments at bay.

Overwatch League league organizers are hoping to bring more order to the industry with its city-based structure. Long-term, organizers want to place a team in the world's 28-largest media markets.

But the pricetag for entry is steep. Citing anonymous sources, ESPN recently reported that the entry fee for the L.A. and San Francisco teams was $20 million per spot. Riot Games, owner of the wildly popular "League of Legends" game and leagues, unveiled its own franchise model for its North American League Championship Series earlier this year that includes a $10 million entry fee. An Overwatch League spokesman declined to disclose prices. The league has also declined to publicly confirm any sponsors or advertisers, or media deals, although MLG.tv will likely play a role.

Tim Derdenger, associate professor of marketing at Carnegie Mellon's Tepper School of Business and an expert in video games and sports marketing, called the city-based approach a smart move. "The location approach allows for rivalries to occur more quickly by creating more energy for the league, which results in more viewers," he said. "And with more viewers comes more sponsorships."

Joost van Dreunen, CEO of SuperData Research, which provides marketing intelligence for the digital games industry, said the involvement of major business players will help "flesh out the value chain" of an industry in which some brands have been hesitant to invest.

But the league also risks turning off long-time esports loyalists as it seeks to more closely mimic traditional sports. "In the professionalization of any kind of competitive activity there is always going to be rationalization and an emphasis on money and that is always going to rub fans that have been there since the beginning the wrong way," he said.