Mr. Crull, a Canadian media and broadcast executive, will be responsible for all products and services, advertising, customer acquisition and retention, and all digital and social efforts, according to a statement. He'll report to President-CEO Marcelo Claure and will relocate to Kansas City, Mo., where Sprint's headquarters are. 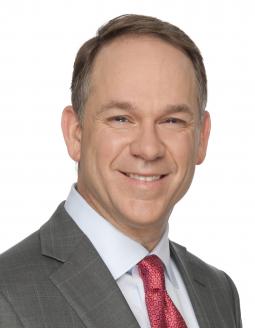 Mr. Crull's most recent position as president-CEO of Bell Media, Canada's largest media and broadcasting company, ended in April 2015, when he stepped down after admitting he tried to influence coverage by one of Bell's subsidiaries, CTV.

According to a press release, while at Bell, Mr. Crull led the acquisition of CTV Globemedia in late 2010, creating the foundation for Bell Media, Inc. Following that, he led the acquisition and integration of Astral Media in 2012 and 2013. He was president of the Bell Residential Services, a telecommunications company, providing broadband, home phone, and satellite and fiber television service in Canada. Before that, he was at AT&T, working on the consumer and small-business sales and marketing. He was also senior VP-general manager of AT&T's wireless initiative.

Sprint's former CMO, Jeff Hallock, late last year confirmed he was departing the company by the end of the first quarter. That announcement came amid a major agency review and corporate overhaul by Mr. Claure, who joined the ailing carrier last August.

Sprint did not confirm until December that it had hired Interpublic's Deutsch as its new agency, although incumbent Figliulo & Partners was said to remain on the roster. By the time the company had confirmed Deutsch's win, the shop had already produced TV spots that were airing.

"Kevin did an amazing job at Bell Media, and I expect him to do even better at Sprint," said Mr. Claure in a statement. "Sprint is privileged to attract someone of his caliber and experience in media, content and wireless. As the industry shifts towards providing unique experiences and content to wireless customers, Kevin's exceptional experience will allow him to be a great contributor in Sprint's transformation journey."

"I'm thrilled to join Sprint, a company that I believe has limitless potential for growth and transformation at a very exciting time in the industry," Mr. Crull said in the statement. "I believe the Sprint team is showing great momentum and has a plan to win in the marketplace. The wireless industry offers tremendous opportunity for profitable growth. My past experience has been all about execution and transformation and delivering results, and this is what I intend to do as part of the Sprint team."

One of Mr. Claure's first acts was to pull the "Framily Plan" pitch, which Figliulo & Partners had marketed with its "Frobinsons" campaign starring a cast of oddball characters.

As of late December, Sprint commanded 15% of the U.S. market, trailing Verizon (33%) and AT&T (28%), according to comScore. Yet amid a network overhaul, Sprint is bleeding customers -- it lost 714,000 postpaid subscribers over the past year. It's also confronting a credible challenge from T-Mobile, which added 2.3 million customers during the third quarter.