Qualcomm Steps Out at CES, But Will Users Buy a Phone for the Chip? | Ad Age
Skip to main content

Qualcomm Steps Out at CES, But Will Users Buy a Phone for the Chip?

A Once Anonymous Chip-Maker Grabs the Spotlight at Trade Show

Mobile-chip maker Qualcomm has used CES to relaunch its brand with its "Born Mobile" campaign, which accentuates the company's role in the mobile revolution and in young consumers' lives. Central to this marketing effort was the introduction Monday night of the company's newest microprocessor, Snapdragon 800. Qualcomm says the chip is 75% more powerful than its predecessor but less wasteful energy-wise.

The question remains, however, if consumers really care about the circuitry behind their beloved touchscreens. 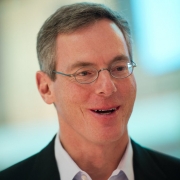 Qualcomm's role in mobilizing computing has certainly been large, if unrecognized. The company has served more than 11 billion chip sets on mobile devices worldwide and is used to run iOS, Android and Windows based models. But Apple, Google and (to a lesser degree) Microsoft have been credited for providing the platforms that fostered mobile innovation, even if Qualcomm was just as responsible.

Now Qualcomm wants its due as a company that 's facilitated the proliferation of apps that are essential for the daily lives of many. Qualcomm opened CES this year, with CEO Paul Jacobs delivering the keynote address in a slot previously occupied by the late Apple co-founder Steve Jobs and Microsoft CEO Steve Ballmer.

He also emceed a star-studded affair featuring pop group Maroon 5 ("Moves Like Jagger") and film director Guillermo Del Toro ("Hellboy," "Pan's Labyrinth"). Mr. Ballmer even showed up. But the keynote was as odd as it was star-studded, leaving many who viewed it live and online scratching their heads. The Verge called it "insane" and "cringeworthy."

In terms of marketing to other tech businesses, VP-Business Development Jay Wright has been touting the possibilities provided by Vuforia, the company's augmented reality software that 's being used by app developers from all fields. Released two years ago, the software is available for free to developers and has already resulted in the creation of more than 2,500 apps. More than half of those apps have been developed in the past six months.

Media and advertising have driven app creation more than any other sector, Mr. Wright said, as brands have realized that mobile experiences are integral to their media mix. Other industries have also sought interest, including the public sector. The School of Education at the University of Illinois used Vuforia to create a tablet app that allows medical students to virtually operate on a cadaver from all angles.

If Qualcomm wants its image to transition from that of chip-maker to mobile innovator, it may need to refine its company description. "We're kind of like the Intel of mobile," Mr. Wright said in an interview Tuesday.

In that case, Qualcomm is still an ingredient brand more valuable to original equipment manufacturers than to end users.