The Community, Rain, and CP&B Add and Promote Talent

All the Industry's Latest Creative Moves
READ THIS NEXT
This week's agency moves, hires and partnerships: March 18, 2020
Ethan Decker
Credit: Courtesy of CP&B

CP&B Boulder has hired Group Strategy Director Ethan Decker. An ecologist, he holds a PhD in urban ecology and human evolution and was most recently the vice president of insight and strategy at The Integer Group, a shopper marketing and promotional agency. There, he led work for Procter & Gamble, Kellogg, PepsiCo and MillerCoors. Prior to that, he was a planning director at 72andSunny, where he led strategy for Discovery, Nike, Quiksilver and Roxy. He also worked at Radar Communications, conducting global research for Intel and Unilever.

Rain has hired Stephan Zimelka as group creative director in Utah. He most recently served as a creative director in San Francisco at JMS where he lead projects for Apple and CA Technologies. Prior to that, he served at DigitasLBi UK, Gloo at Ogilvy Africa, and DDB Africa. His portfolio includes work for brands such as Coca-Cola, Puma, Converse, Electrolux, Orange and Red Bull. 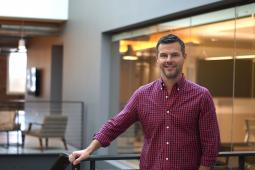 Previously, as an associate creative director and copywriter at GS&P, Bray created integrated work for the NBA, Netflix, Adobe and Sprint. Before that, he was a writer at Fallon, producing work for Holiday Inn, Citibank and BMW, and Doyle Dane Bernbach, where he worked on the New York Lottery, USS Intrepid Air & Space Museum, and YouthAids.

The Community has announced the promotion of three key executives. 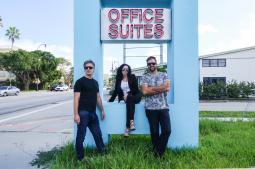 Vior joined the community in 2000. In his career, he has worked with Pepsi, Nike, Volkswagen, Fedex, Audi, MTV, VH1, Citibank, and Subway.

A native of Brazil, Butori joined the community in 2009. Before that, he was a creative at David&Goliath, TBWA/Chiat/Day, Lowe Lintas Brazil, and Young & Rubicam Brazil, and he has worked on Toyota, Ford Motors, Dannon, Colgate, Beck's Beer, Procter & Gamble, Johnson & Johnson, Heineken, ESPN, Virgin Mobile, VISA, and Nissan.

Bermudez, who joined the firm last year, was a group account director at Alma DDB where she worked on McDonald's, Diageo, and McCormick. Bermudez also held account roles at SapientNitro and CP&B working with Vitaminwater, MinuteMaid, Breakfast Biscuits, Old Navy and Burger King.