Click 3X has added Esteban Montes and Melissa Witt to its staff, as interactive art director and interactive designer, respectively. Montes has worked on a wide range of projects, for art books to HTML5 games. Witt is a product of the company's creative incubator -- and was discovered by head of sales Trevor King who found her bartending near the studio's New York offices. 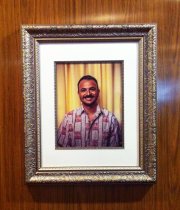 Epoch Films has added Matthew Swanson to its roster. The director has a wide-ranging portfolio of work that includes spots for Frito-Lay, MTV and Motorola, as well as campaigns for Google, Burger King and Captain Morgan. Swanson has also director short films, like "Tic Tac Toe," which premiered at the Toronto International Film Festival, and "Hiro," which won best short at SXSW.

Anonymous Content has signed Chris Sargent for commercial representation in the U.S. The director, who has worked on spots for Acura, Toyota and more, has a background as a VFX artist and has experience shooting his own work. Sargent began his career with work for WWF, with a spot that landed him as a "Director to Watch" on Creativity in 2007. He has previously worked out of production companies Park Pictures and Untitled, and at post house AXYZ.

Shilo has hired Cary Flaum as executive producer and head of production. Flaum will be responsible for work across the production company's national and international operations. He was most recently freelancing in NYC, working on spots for Maybelline, Google TV as well as the film experience directed by Kanye West that premiered at Cannes last year. He has spent time at Smoke and Mirrors, Perception and Version 2. 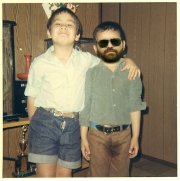 Arts & Sciences has added Sean Meehan to its roster for U.S. representation. The DP-turned director has worked for brands including Volkswagen, Panasonic, MasterCard and McDonald's. with recent work for Honda. He was born in Australia, and now resides in Los Angeles.

Georgi Banks-Davies has joined Los Angeles' Madheart. The British director, who has done work for Coca-Cola, AT&T and O2, will enter the U.S. market via the production company. She is currently working on a Coke campaign out of Ogilvy & Mather Berlin and German production company Tony Petersen Film. For the past two years, Banks-Davies has been working via Friend. She began her career right out of film school with the BBC, moving on to CNN two years later. 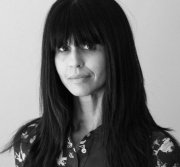 Kaboom has signed director Michele Atkins. The director most recently won the Levi's "Show Us the Way" competition designed for up-and-coming filmmakers. She was referred to Kaboom by an agency friend of hers, and in a statement, said that the small size of the company is what drew her to it. Atkins has worked on spots for UPS, Budweiser and Pepsi, alongside directors Joe Pytka and Zack Snyder, among others. 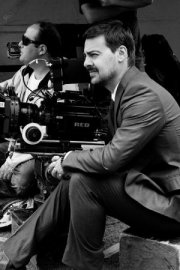 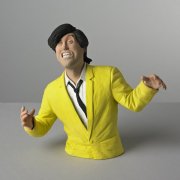 Big Active welcomes artist Wilfrid Woods to its team. The London-based sculptor left a career in graphics for one in 3D model making on the classic British satirical puppet show, Splitting Image. Woods' handmade sculptures are rooted in the human form and its connection to viewers' emotions and are often inspired by characters he has seen while people-watching or reading celebrity magazines.

Comedy Director Rick LeMoine has signed with Moxie Pictures. The Syracuse University graduate began his career as a founding partner at Cliff Freeman & Partners before transitioning into a directorial partnership with Steve Miller at @radical.media -- the pair was known as LeMoine/Miller. From there LeMoine went on to Chelsea Pictures on his own and is now reuniting with former @radical.media colleagued Robert Fernandez, CEO and Executive Producer at Moxie.

Curious Pictures has made several hires in a period of expansion. Executive Producer Gary Giambalvo joins from digital animation and production company The Studio, while the production company is strengthening its West Coast offerings with the addition of EP Adam Bloom, who has previously worked at Form, Omaha Pictures and A Band Apart. The company also added director Daniel Cohen for representation in the U.S. Cohen has worked on spots for Hovis, Amnesty International and Hellman's, via Aardman in the U.K.