Deutsch LA has hired Mathias Appelblad as its first digital executive creative director. Appelblad (center, with Winston Binch, chief digital officer at Deutsch, left and Mark Hunter, chief creative officer, right) is known for his work on "IKEA's Dream Kitchen for Everyone", while he was interactive creative director at Swedish agency Forsman & Bodenfors in 2007. He joins Deutsch LA from BBDO NY, where he has been executive creative director and director of innovation since 2010, and served on its board of directors. He has also worked on brands such as AT&T, FedEx, HBO, GE, Gillette and Volvo. His campaign for the Volvo XC90 garnered a Cyber Grand Prix at Cannes. 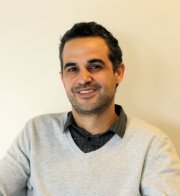 Jordi Martinez has joined the Richmond office of The Martin Agency as a creative director. Prior to Martin, Martinez was the head of The Dam Armada, the business unit within Wieden+Kennedy/Amsterdam focusing on digital solutions, programming and prototyping. In his time at W+K, he also worked on the Honda "Let it Shine" Vimeo takeover and Nike's "Write the Future" campaign. He has also worked at CP+B.

Ogilvy & Mather has elected Steve Simpson, chief creative officer of O&M North America, as one of 12 new Worldwide Board members. The agency announced a significant expansion of the Board "to include a more diverse and youthful group of leadership", as well as promoting Carla Hendra, chairman of OgilvyRED, the agency's global strategy and innovation practice, to vice chairman of the Board, a newly created position.

Raleigh-based Baldwin & has hired Jimmie Blount as art director, working primarily on the agency's Burt's Bees and gud accounts with the self-assigned title "Cosmonaut." Blount is a recent graduate of The Creative Circus, Atlanta. 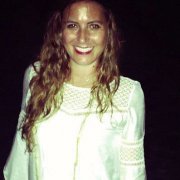 David, the year-old division of Ogilvy & Mather headquartered in Sao Paulo and Buenos Aires, has appointed Veronica Beach as head of global production. Beach, who has been freelance for most of her career, moves from New York. According to the agency, her goal is to fuse Latin American creativity with the "methodical, time-tested production frameworks that have been perfected in the United States." David's clients include Coca-Cola, Burger King, Sony, Powerade, Staples, Fuze and Jaguar.