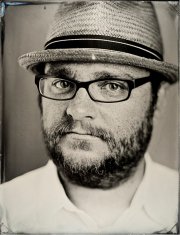 San Francisco-based ad agency Argonaut has hired senior creative team Todd Eisner (left) and Matthew Bottkol (below). Bottkol and Eisner have worked together for over nine years, most recently at Goodby, Silverstein & Partners, where they created campaigns for Cheetos and repositioned the Chevy Trucks brand. They also ran the Sonic Drive Thru account and oversaw all broadcast television creative for TD Ameritrade while at Goodby Silverstein. Their partnership began in 2004 at FCB in New York, and together they have worked on brands including Toyota, Oreo, Milk-Bone, Planters Peanuts, Gerber, American Standard and Cannondale Bicycles.

Sebastien Desclee, formerly CEO at Duval Guillaume Modem and Publicis Belgium, has joined DraftFCB Worldwide as president of Draftfcb International. Desclee began his career at Procter & Gamble then moved agency-side to Publicis Brussels in 2007, before taking on the role of CEO of the network's worldwide operations in Belgium and Duval Guillaume Modem. While at Publicis, he worked with brands such as Renault, BNP-Paribas, Nestlé, Coke Zero, Carlsberg and Garnier.

Brand response agency Hawthorne Direct has promoted John Pucci to the new position of chief creative officer. Pucci has been SVP/executive creative director at the agency since June 2011. He is a former ECD for both RAPP and Publicis, as well as having led a team of writers, art directors, and motion graphics artists in the creation of Direct Response Television long form and short form content at Euro RSCG Edge.