B-Reel is expanding again with the opening a new office located in Berlin, Germany, adding to its existing offices in Los Angeles, London, Stockholm and New York City. It will be headed by Jessica Valin as executive producer. Valin previously worked with Heimat Berlin and was a producer on campaigns for CNN Ecosphere, Adidas Champions League Final and Adidas Face of the Marathon. She will be working alongside a team of three to seven people. B-Reel has already completed work for German agencies including O2 Stimmungsbild for Ogilvy Frankfurt, REWE, and Mazda for Team COSMO. B-Reel's first office located in Stockholm opened in 1999. The New York office opened in 2007, London the following year, and Los Angeles in 2010.

Also new at B-Reel is Trine Pillay, who has been appointed as executive producer for the London office. She previously worked at Smuggler as head of production. Prior to that she worked at Home Corp as their managing partner and held a variety of positions at Paul Weiland Film Co. (PWFC). As well as Weiland she has worked with directors including Anthony Minghella at PWFC, Saul Dibb and Tom Leach at Home Corp, and Henry Alex Rubin, Guy Shelmerdine, Samir Mallal and The Sniper Twins at Smuggler. 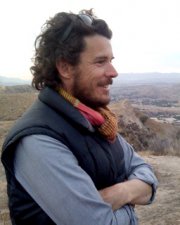 Garth Davis, director of commercials and television, has joined Reset for worldwide representation, excluding Australia and New Zealand, where he remains with his long time company Exit Films. He joins long time colleagues Dave Morrison and David Fincher, from their previous company, Anonymous Content. Davis' 2008 Schweppes "Burst" spot won a Gold Lion at Cannes, and in 2010 he received a finalist nomination in DGA (Directors Guild of America) for best commercials director. He recently wrapped co-director duties with Jane Campion on Top of the Lake, a six episode BBC/Sundance TV series that starts airing in the US March 18. 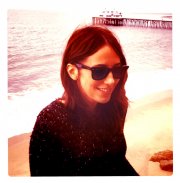 Director Kathleen Lorden has signed with TWC for exclusive U.S. representation. Winner of a Young Director Award at Cannes last year, she has worked with clients including Disney, Green Day, Microsoft, Sony, and Visa and directors such as Oliver Stone, Nora Ephron, and Todd Haynes. She has also won awards from Clio, ADDY and AICP.

Creative studio Cinelicious has opened a Broadcast and DI Theater in Santa Monica, and has signed short form colorist Robert Curreri to be part of the team. Curreri has worked on spots for such clients as Honda, Toyota, Ford, JC Penney, Reebok, Wachovia, Bud Light, Yahoo, Target, and Volkswagen. He has been working as an independent since 2008 and was previously a colorist at Riot/CO3 (2006-2008 and 1999-2002) and The Syndicate (2002 -2006). The new facility is housed at digital production facility Big Block.