Paul Aaron, head of digital at the New York based agency Silver + Partners, has teamed up with Nick Jonas of B­-Reel, to create Modern Assembly, a NYC-based technology studio. Aaron spent two years at Silver + Partners leading the agency's digital efforts, including the Ben & Jerry's Fair Tweets campaign and the Social Life Audit campaign for Ultimat Vodka. Prior to joining Silver + Partners, he spent four years at Crispin Porter + Bogusky. Jonas helped start the B-­Reel office in Los Angeles, and led the office's technology efforts on projects for clients like Google, Nike, Marvel, and Intel prior to joining its New York office. Modern Assembly is already working on projects with Droga5, Partners + Napier, and the Conquistador's Collective. According to Aaron and Jonas, Modern Assembly plans on generating half of its revenue on advertising related projects, with the other half coming from products and services that extend beyond advertising. This spring the studio plans on crowdfunding the design and development of a social media platform that helps citizens in communities that don't have access to the Internet raise awareness of human rights issues through social media, in partnership with nonprofit organizations like Witness and Video Volunteers. Another focus is contributing to the open source developer community. The firm has already begun posting code from some of their projects on a company GitHub Page. 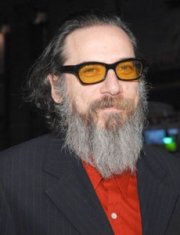 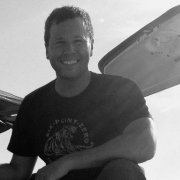 Sibling Rivalry has signed director/creative director Steve Fuller to its roster. Fuller is known for designing the Emmy award-winning main titles for AMC's Mad Men, HBO's Nurse Jackie and HBO miniseries The Pacific produced by Tom Hanks, Steven Spielberg and Gary Goetzman. He has also directed commercials for McDonald's and CB2. Fuller was most recently represented by Go Film. 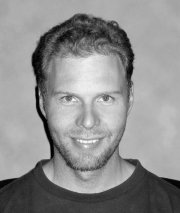 MPC LA has hired Andy Boyd as the studio's new head of 3D. Boyd's credentials include the creation of his own 3D fur system, which he used to develop a trio of Super Bowl ads for Bridgestone and Kia. His commercial reel also includes spots for Xbox 360, Audi and Guinness. His feature film credits include work on Oliver Stone's W and Spike Jonze's I'm Here. His work has earned honors from the Primetime Emmys, MTV VMAs, and the Visual Effects Society, as well as a Cannes Lion Grand Prix.

Decon has signed director/photographer 13th Witness to its roster. 13thWitness, is a Brooklyn-based director and photographer who has worked with musicians and athletes such as: Nike, Timberland, Vans, Burton, John Mayer, Kanye West, Jay-Z, Steve Nash, Lupe Fiasco, the Deftones, and the New York Knicks. He was commissioned to launched the Nike Instagram account and worked on lifestyle photography for PR, digital and advertising for the Nike+ Fuel Band. 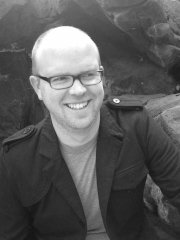 mOcean, a full-service ad agency and production house, has hired Robert "Bobby" Gumm to the newly created position of vice president of music, effective immediately. Gumm has served as music supervisor for the marketing campaigns for features including, The Dark Knight Rises, Iron Man 3, The Great Gatsby, Disney Pixar's Brave, The Aviator and The Da Vinci Code. He most recently served as the Director of Music at Trailer Park Inc., where he spent five years. Since beginning his work at mOcean Gumm has been overseeing the music for the Iron Man 3, Hangover Part III and Thor: The Dark World marketing campaigns. 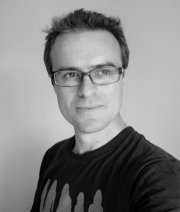 Poetica has signed Aron Baxter as senior VFX artist. Baxter joins from Nice Shoes in New York where he worked as creative director on clients like X-Box 360, IBM, Audi, AT&T, Under Armour, Bulgari, and talent like Lady Gaga, Kanye West and Beyonce. In 2005, Baxter was appointed as visual effects supervisor/artist, and department head at Nice Shoes's sister company, Guava Studios, where he oversaw and took responsibility for creative direction on a number of projects for American Express, Goodyear, Folgers, and GMC. He has also worked at the Moving Picture Company in London.

The Mill London has appointed Reece Ewing as VFX producer. Ewings brings with him more than 15 years experience in visual effects, working with directors including Tom Kuntz, Frank Budgen, Fredrik Bond, Rupert Sanders and recently Michael Haussman's Covergirl campaign with Drew Barrymore and Sofia Vergara. He has worked at companies including Lucas Films, Company 3, 525 post, a52, Method Studios and 20 Century Fox. He was nominated for an Emmy in Outstanding Main Title Design for his work on HBO's Big Love.

Brand New School has added flame artist Mark French to its visual effects team. French has joined BNS after nearly a decade of freelancing as a flame artist and VFX Supervisor at studios in New York including The Mill, Psyop, MassMarket and Framestore, as well as BNS. His work includes contributing to VFX-intensive spots like IBM's "CEC" and "Driverless" for Ogilvy NY, Bud Light Platinum "Factory" for Translation, HP "Evolve" and Sprint "Supermarket" with Goodby, Silverstein and Partners, and Toyota RAV4 "Fold Out" with Saatchi and Saatchi.

ShootersINC has added 2D/3D artist Seddie Stone to the company's creative roster. Stone began his career at Comcast SportsNet in Philadelphia and then joined ABC News affiliate WPVI. While at ABC, Stone designed news packages, special programming, promotional pieces, as well as merchandise and logos. For ShootersINC, Stone has already contributed to projects including a spot for Fox Chase Cancer Center.

Green Dot Films has signed creative studio Minivegas for live action, animation and visual effects projects to its roster. Minivegas founder and director Luc Schurgers has already been represented by Green Dot in the United States for three years. Schurgers and Minivegas began their commercial career directing work for TBWA/Paris and Nissan and they won four Lions at The Cannes Advertising Festival in 2012 for their work on CNN Ecosphere. Minivegas will continue working with Aarra and James O'Brien for interactive representation, while Green Dot represents the creative studio for traditional television and content-related projects.