180 Amsterdam has appointed Tony Bartolucci as senior art director. Bartolucci, who has relocated from New York to join the agency this month, brings 10 years of experience working on campaigns for brands such as Starbucks, New Balance, Verizon, Snapple, New York Lottery and Foot Locker, at New York agencies such as BBDO, Campfire and most recently DDB New York, where he held the position of associate creative director. In his new role at 180 Amsterdam he will be working on campaigns for clients including Qatar Airways and Asics.

Venables Bell & Partners has made three new hires in its creative department. Creative team Adam Wolinsky, copywriter, and Avery Oldfield, art director, move from Saatchi LA where they spent the past two years working on Toyota. There, they won four gold Cannes Lions for The Tundra Endeavour, a project documenting the use of a stock Toyota truck to tow Space Shuttle Endeavour. Graduates of VCU's Brandcenter, their work has been honored at One Show, One Show Interactive, One Show Entertainment, FWA and the Webby Awards. Claire Wyckoff joins VB&P from Made, where she and her husband were the first two writers to join the start-up. She has worked at agencies including The Martin Agency, where she produced the 2011 Black Friday and Holiday campaigns for Walmart, TBWA/Chiat/Day NY and Wieden+Kennedy NY. While training as a copywriter at Brandcenter she wrote and produced the Association for Independent Commercial Producers' (AICP) 2011 call for entries campaign.

RPA has made three new creative hires. Michael Takeshita joins as VP, digital design director, while Alex Goulart and Joao Medeiros join as assistant creative directors, copywriter and art director respectively. Takeshita (left) was most recently at TBWA's Digital Arts Network, and gained experience at digital shops EVB and AKQA on clients such as Nike, Xbox, Target and Coca-Cola. He has a range of automotive experience, overseeing design for Lexus and Mitsubishi Motors, and more recently at Deutsch L.A., as the digital lead on Volkswagen. Goulart and Medeiros (below) move from TBWA/Chiat Day, where they worked on the Nissan account. Their past experience also includes working on the PlayStation account at Deutsch LA, Kraft and GM at SS+K and Gillette at BBDO NY. 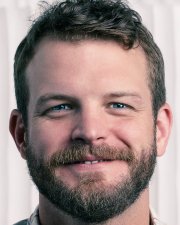 Baldwin&, Raleigh, has hired Ryan Dean Waite as senior creative, working primarily on its Burt's Bees and gud accounts. Titles at Baldwin& are self-assigned and Waite's will be '2nd Base'. Previously Waite was associate creative director/copywriter at Leo Burnett, Chicago, working on Allstate and Firestone.