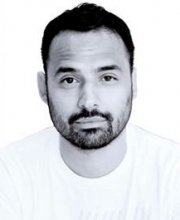 Robert Lund has joined The Barbarian Group as creative director, overseeing Pepsi's creative work across the agency as well as contributing to new business efforts. He will report CEO Sophie Kelly and the agency's chairman, Benjamin Palmer. Lund was previously creative director at McCann New York where he worked on campaigns for IKEA, Chevrolet and MasterCard. Previously, he served as creative/CD at the Sweden-based agency Forsman & Bodenfors with clients such as IKEA, Reebok Europe, and Swedish Radio. He won a Titanium Lion for the IKEA Facebook Showroom and was named one of Creativity's Creatives You Should Know in 2010.

Australian creative agency BMF has hired Droga5 creative director Cam Blackley to be its new executive creative director. Blackley (pictured, far left with CEO Dominic Stinton, creative founder Warren Brown and executive chairman Matthew Melhuish, has worked at creative shops including Droga5 New York, Publicis London, AMV BBDO and, most recently, Droga5 Sydney, on brands including Kraft, Cadbury, Sainsbury's, British Telecom, The Economist, Nicorette and ING Direct Bank. Among his awards is a Black Pencil for "The Million" for The New York Department of Education and most recently a Yellow Pencil at D&AD for work on Cadbury Boost Bar in 2013.

Believe Media has launched Dapper.tv, a new production division fully dedicated to comedy, headed up by David Lyons and Roderick Fenske (pictured). Fenske has directed for Acne in Stockholm and Hungry Man in the UK and US, having earlier worked at TBWA/London. Lyons began his career at Limelight, before moving stateside and founding MOO Studios. Other directors on the roster include Adam Cameron, Henrik Sundgren, and Short Malone.

Collective StyleWar has consolidated its global representation with Smuggler, terminating an 11-year relationship with Stink, who previously represented the collective outside of the USA. Smuggler has represented StyleWar in the USA since 2002. Founded in Stockholm in 1998, its roster has worked with clients including Nike, Lexus, Sony, Audi and Hyundai.

Click 3X has hired Tim Dingerson as associate creative director and Adam Pearlman as senior animator. Dingerson has previously worked at Click 3X, as design director for the digital studio. Prior to his return, he was the creative director/founder of Luckeyou, a boutique design and animation studio based in New York City. Pearlman has been freelancing for the studio since 2010 and has also worked as an animator at FOX Business Network, Trollback & Company, Interspectacular and Blue Room.