All the Latest Creative Moves From Around the Industry
READ THIS NEXT
This week's agency moves, hires and partnerships: March 18, 2020
Sergio Lopez
Credit:

Sergio Lopez has joined McCann London as head of integrated production. He joins McCann London from Anomaly where he was global head of integrated production, responsible for multi-channel production, project management, studio and production partnerships across Anomaly's offices in New York, London, Amsterdam, Toronto and Shanghai. Mr. Lopez started his career at Spanish agency Tapsa and moved to Leo Burnett Madrid, then to Leo Burnett's headquarters in Chicago, becoming a senior producer. In this role, he worked internationally producing campaigns for clients such as Nintendo, Procter & Gamble, Coca-Cola, Samsung and McDonald's. He moved to JWT New York in November of 2009 as director of brand production for Microsoft, Smirnoff, Macy's, Rolex and Nestle. He joined Anomaly in 2012.

Jerome Austria has boomeranged back to Deutsch Los Angeles after spending a year surfing and freelancing. The creative force behind Volkswagen's "The Bark Side" Super Bowl teaser returns to the shop as exec VP-exec digital creative director. He will be leading digital creative for Volkswagen, and will report to Deutsch's Chief Creative Officer Pete Favat.

Micah Walker has joined Wieden & Kennedy Portland as a creative director. Mr. Walker joins W&K after spending two years as an executive creative director and partner at Sydney-based creative agency The Monkeys. While there, his work included a Boost Mobile "Stay Living" campaign which won a BrandedContent Grand Prix at the Branded Entertainment Awards. Prior to that, he served as exec creative director of Publicis Mojo, where his "Pure Waters" campaign for Boag's beer and "Super in. Super out" campaign for Hahn Super Dry won Australia's first ever Grand Clio in film, as well as Cannes Gold and D&AD Pencils. Before moving to Australia, he was one of the creative partners at Fallon, London. 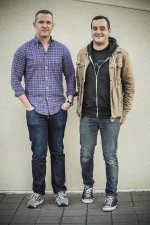