All the Latest Creative Moves From Around the Industry
READ THIS NEXT
This week's agency moves, hires and partnerships: March 18, 2020
Lucas Panizza (L) and Bruno Oppido
Credit:

DDB New York has made two new creative hires: Bruno Oppido as head of art and Lucas Panizza as executive creative director. They will report to president and CEO Chris Brown, and Chief Creative Officer Icaro Doria. Oppido, whose work for Leica won the Film Grand Prix at Cannes this year, has spent the past eight years at F/Nazca Saatchi & Saatchi, after starting his career at DDB Brazil. He has worked on campaigns for brands including Electrolux, Fedex, Honda, Leica, Nike, Skol Beer and Telefonica. Panizza previously served as executive creative director at Santo Buenos Aires, and prior to that was ECD at Grey Argentina. He has also worked at Del Campo Saatchi & Saatchi, Ogilvy Argentina, DDB Argentina, and VegaOlmosPonce (now Ponce Buenos Aires). 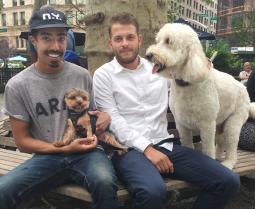 Barton F. Graf 9000 has hired creative duo Michael Hagos and Sam Dolphin as art director and copywriter, reporting to Executive Creative Directors Scott Vitrone and Ian Reichenthal. Hagos and Dolphin became a team while helping to launch the New York office of Goodby, Silverstein, and Partners. Together, they have produced work for Comcast, New York Post, Street Easy, and Rock the Vote. Before his time at Goodby, Hagos was working as a freelancer for agencies including Red Antler and Venables Bell and Partners and also spent time at Mother N.Y. and Sid Lee. Dolphin worked as a copywriter at Wieden & Kennedy, Portland. 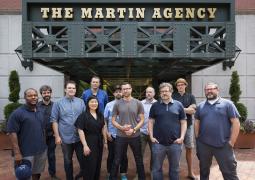 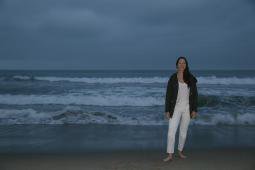 Enso has appointed Catherine Nieves as a senior digital producer. Nieves previously served as a senior digital producer at Havas Worldwide where she worked on the Hershey's, Mondelez, Atlantic City, and Reckitt Benckiser accounts. Prior to Havas, she worked at Huge, L.A. and Blitz in Santa Monica producing websites, apps and social campaigns for clients such as Vizio, Riot Games, Oakley, and Tempurpedic.

New York-based strategy, creative and technology agency Narrative has hired Nathan Phillips as chief creative officer. Phillips has worked as a creative director, filmmaker, comedian and author including on interactive projects at museums such as The Whitney, Museum of Modern Art and Museum of Contemporary Art. Most recently at Noise, he created interactive and experiential work for brands like Intel and Unilever, as well as the interactive documentary "The And," which was screened at both the Tribeca and Sundance film festivals. He has also worked at SS+K on digital and TV campaigns including Obama 2012, the AFL and Kraft.

L.A.-based Pitch has hired Chris Kyriakos as executive director, integrated production. Kyriakos has more than 15 years of experience working with agencies including Crispin Porter + Bogusky, 72andSunny, TBWA/Chiat/Day and Made Movement. While VP and executive producer at CP+B, Kyriakos produced campaigns including Burger King's "Whopper Freak Out" and Microsoft's "I'm a PC."