Deutsch NY has hired Rey Peralta as SVP, director of creative technology. Peralta joins from Mother, where he was director of creative technology since 2009 working on digital projects including the launch of the Sour Patch Kids video game for Xbox, Sony PlayStation, iOS, and Android phones. Additionally, he has worked at agencies including Euro RSCG MVBMS and Digitas, and has served as a consultant for agencies such as BBDO, Y&R, DraftFCB, Organic and McCann Erickson. 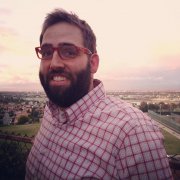 Evolution Bureau has named Patrick Maravilla a creative director. He joins the San Francisco digital agency from 72andSunny, where he served as a lead writer on Samsung. Most recently, Maravilla was the lead writer on the LeBron James commercial "LeBron's Big Day" and the Super Bowl commercial with Paul Rudd and Seth Rogen. Before that, Maravilla was an associate creative director at AKQA, where he managed work on Xbox, YouTube and Audi. Prior to that, he was an associate creative director for Crispin Porter + Bogusky, where he managed creative work for Coke Zero, Jell-O and Best Buy and worked on Nike, Buell, Brammo and Burger King. .

Goodby Silverstein & Partners has promoted three of its creative directors to directors of innovation. In their newly created roles, Anders Gustafsson (left) Joakim Borgstrom (below) and Niklas Lilja (below) will focus on innovation in technology and on finding opportunities for nontraditional advertising for all the agency's clients. Some of their most recent campaign work includes the Cannes Gold Mobile Lion winner, the Chevy Game Time app; Chevy Sonic's "Let's Do This" stunt series; and Adobe's "Metrics, not myths" campaign. They have won Cannes Lions, One Show Pencils, FIAP awards and CLIOs and also worked on clients such as Hewlett-Packard, Chevrolet, Google, Adobe, GE and Yahoo! 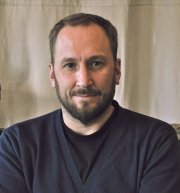 Camp + King has named Michael Whelan its studio director, reuniting him with agency principals Jamie King and Roger Camp. Whelan first worked with King and Camp at Riney, collaborating on clients that included Sprint, WellPoint, AAA and Hungry Man. He began his career in Boston, where he oversaw the print production department of Nova. He then moved to Publicis & Hal Riney in San Francisco, where he worked in the studio and ultimately became an associate creative director, creating work for Sprint, Saturn, Jamba Juice, Beringer wines and U.S. Cellular. 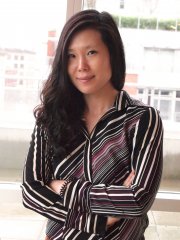 Dare Vancouver has hired Cindy Son as director of technology. Prior to joining the agency, Son worked on convergent media projects with CBC, Shaw Media, Rainmaker Entertainment, BC Film and OUTtv. This included the technical development of alternate reality games, casual games, digital comics, augmented reality mobile apps and other digital extensions for film and television properties. She will lead all digital media development for both new and existing clients such as MTS, Tourism British Columbia and BC Children's Hospital Foundation.

Cleveland-based agency Brokaw has hired Dave Muller as associate creative director. Muller was formerly a senior art director at Goodby, Silverstein & Partners in San Francisco, as well as at TBWA/Chiat/Day in Los Angeles. He has more than 11 years of experience working on brands such as KFC, Saturn, Starbucks, PlayStation, Chevrolet, Kraft Foods, and Nestle. 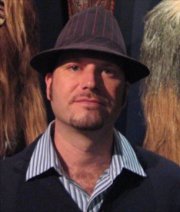