Digital Domain has promoted Rich Flier to president of its Advertising & Games division. Flier has 20 years of brand strategy and marketing experience and will oversee the division's creative development and production. Since he first arrived as an Executive Producer in 2011, he has played key roles the division's client base expansion as well and was made VP in 2012. He has held positions at Interactive Entertainment, 3D Imaging Company 3DV Systems -- before it was sold to Microsoft to become part of the Kinect system-- as well as DDB Worldwide, Creative Domain's Interactive Entertainment Division Trailer Park -- and Dream Works Interactive. 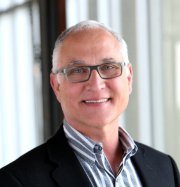 Digital Domain has also promoted Terry Clotiaux to president of the Feature Film Production division. With more than 25 years of experience in VFX and film production, Clotiaux will oversee the work done in the those areas at both the LA and Vancouver offices. Clotiauxhas held VFX production roles at Prime Focus Group, Sony Pictures, Imageworks/Columbia Pictures, Warner Bros. Pictures, 20th Century Fox, InterMedia Films and Columbia Pictures/Tristar. His film credits include "Independence Day," "The Matrix: Reloaded," "The Matrix: Revolutions," "Transformers: Revenge of the Fallen," "Avatar" and "Spider-Man 3." In their new roles, both Flier and Clotiaux will report to the digital production company's CEO Daniel Seah. 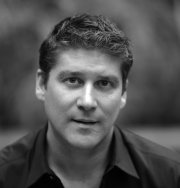 Creative studio and production company Logan adds Kevin Batten as its new Los Angeles managing director. Until January of this year Batten had been a managing partner at Superfad. In recent months, he as served as executive producer at Project III productions and will be bringing his experience tot he team with goal of developing the brand's message across both the New York and L.A. offices while preserving its strong team culture. Batten comes on board with a collection of accolades including AICP, CLIO and Cannes Lions awards for his commercial work on Target, PlayStation, Sprint, the Olympics and Visa.

Editors John Marinis and Sven Hermann join creative studio Goodpenny. Marinis' reel includes work for Johnnie Walker, Tanqueray, ESPN, YouTube, Volkswagen, Nissan, Olay and Hershey's. In the past, he has worked with Cutting Room, Crew Cuts and Cut+Run. With more than 15 years of experience, Herrmann comes with experience in TV, film, music videos and documentaries. His editing credits include Coca-Cola, American Express, General Motors, FedEx, Kraft Foods, McDonald's Pepsi, and Verizon. The Mexican-born Hermann is fluent in Spanish and German in addition to English, and the company hopes his polyglot skills will come in handy as it looks to service the Latin market.