DraftFCB Chicago is shaking up and bringing on new hires, the first big recruitment drive since Todd Tilford took over as chief creative officer at the Interpublic Group of Cos. agency.

The agency has brought on a creative trio from GrandArmy--Larry Pipitone, Joey Ellis and Eric Collins. The trio, who will take on the position of VPs and design directors, were most recently part of Wieden + Kennedy's Attack, a multi-disciplinary standalone creative studio that worked out of New York City. 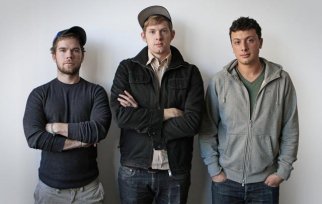 At DraftFCB, GrandArmy will operate in a similar way, working with Chicago clients but out of a new space in New York City.

While at W+K, GrandArmy had worked on a number of eclectic projects, from logos and identities for Theory's "Fashion Insider" campaign to working with the W+K New York team on spots for ESPN and Nascar. According to an internal memo from Tilford to DraftFCB employees, they will be lending their "unique and distinctive" design approach to the shop's roster, which includes Taco Bell and MillerCoors.

"I'm starting by amassing the best talent I can find," said Tilford. "The talent has to be both traditional, art directors -- and alternative, designers and artists."

Admitting that the shop is a little "architecturally challenged" in Chicago, keeping the studio out in New York is creating a "studio effect" that will be good for the shop, he said.

The trio has a lot of contacts out in New York, said Ellis. "Being in New York will help us maintain the momentum that we have passed, and keeping a studio means we have more time to give ideas room to grow," he said.

The shop plans to do more design-focused work, identities, logos, branding and so on.

The shop has also brought on Ben Flaherty as director of content. The former Grey staffer has a background in photography and will become part of the shop's in-house production department, creating short films for clients and for the agency.

All four new hires have already been working at the agency on projects for clients, which will launching in the New Year.