Gary Koepke has been appointed chief creative officer for North America at SapientNitro. He joined the agency in July 2012 as global executive creative director, overseeing work done for clients such as VISIT FLORIDA, Fiat and Chrysler. Prior to that, Koepke had been chief creative officer at Modernistal-- the Boston independent agency he co-founded in 2000. The agency produced award-winning work for clients including,Project (RED), Gap, TIAA-CREF, Budweiser, Hummer and Cadillac. Prior to that Koepke also helped open Wieden + Kennedy's New York office In 1999 where he led creative efforts for brands including Nike, Coca-Cola and ESPN. In his new role at SapientNitro, he will be charged with fortifying the agency's creative output across design, advertising, brand strategy, creative technology, emerging experience and user experience. Koepke's creative portfolio also branches out into directorial work -- credits including music videos for David Bowie and U2 -- and publishing, as he was the founding creative director at Vibe Magazine.

Wieden + Kennedy London welcomes Sanam Petri as creative director. Petri joins the team after 5 years at R/GA New York where she predominantly worked on campaigns for Nike. She then spent 2 years at R/GA London where she worked on the Beats by Dr. Dre global campaign, including the "Show Your Color" campaign, which increased the brand's visibility and popularity at the 2012 Olympics by putting its headphones around athlete's necks. The campaign received special attention when the fact that it had circumvented the International Olympic Committee's sponsorship rules came to light. Beats continued to garner interest during the games and became the top audio brand in the US. 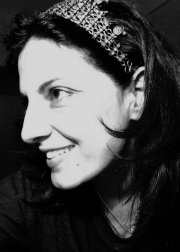 Leo Burnett Mumbai has tapped Juhi Chaturvedi to be executive creative director. Chaturvedi will bring 17 years of experience, having previously been at Ogilvy, McCann and Bates, where she did work for clients such as Cadbury, Tata AIG and Stayfree. Chaturvedi has also received attention for her contributions to the entertainment industry. Her film "Vicky Donor" was critically acclaimed and her most recent project,"Madras Cafe," awaits release.

Mullen's Paul Foulkes has been named executive creative director for the San Francisco office. Foulkes initially joined the team as group creative director in June of last year and has been working on the agency's Google campaigns (for Nexus tablets and Google Play). Prior to that he had been at Venables Bell & Partners where he worked as creative director for Google Maps and global creative director for Intel. He had previously held positions at BBH/NY and Goodby, Silverstein & Partners. Since he first joined Mullen, Foulkes has helped land new business from clients such as Lumosity, AIrbnb and SquareTrade. He has collected industry accolades from The One Show, Cannes and the Art Director's Club.