JWT New York has hired Robert Frost as executive creative director, as one of a number of new creative hires for the agency. He joins JWT from Deutsch New York, where he served as SVP, group creative director. Frost will lead creative on the agency's Vonage account, which JWT added to its client roster earlier this year. His career has included creative roles at Y&R New York, TBWA/Chiat/Day and BBDO, as well as McCann Erickson, where he worked with MasterCard, General Mills and Black & Decker. He spent the early part of his career working at Ogilvy & Mather and TBWAHuntLascaris in Johannesburg. Also new is creative director Kimberly Samskin-Barger (left). She joins from Digitas, where she worked as lead creative on the agency's American Express OPEN and American Express Entertainment Access accounts. 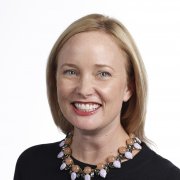 JWT NY has also recruited Sherri Chambers (left), who joins as global business director from 72andSunny. There, she served as group brand director for Carl's Jr. and Hardee's. Bryan Gaffin has also joined the agency as group creative director, working across a number of the agency's healthcare clients, including Johnson & Johnson, Bristol-Myers Squibb and AstraZeneca. He joins from RAPP, where he worked on Viagra for Pfizer and the global Enterprise business for HP.

Creative agency ATTIK has made five new hires including digital creative director Balind Sieber. Sieber joins from RED Interactive Agency in Santa Monica, where he spent the past two years as creative director and the previous four years as art director. He has worked on projects for clients such as BMW, Disney and Microsoft, and and he has written for .net and HOW magazines, as well as serving as a judge for the FWA. Also joining the agency are senior interactive producers Mark Campbell and Alex Lee Barlow. Campbell joins from Venables Bell and Partners, while Lee has held positions with Walmart, John McNeil Studio , BBDO San Francisco and Giant Creative Strategy. The agency has also recruited digital account supervisor Lauren Birnbaum from MRM Worldwide and senior digital account manager Lana Chan from R/GA.

Experience design and innovation practice Sub Rosa has hired David Bias (left) and Josh Davis (below) as studio director and interactive director respectively. Both Bias and Davis will work across Sub Rosa's client roster, as well as on the firm's own intellectual property projects. Bias joins Sub Rosa from his role as vice president of The Impossible Project, a company that saved the last Polaroid production plant for integral instant film and invented and produced new instant film materials for traditional Polaroid cameras. Davis, an artist, designer and technologist, was previously creative director of Physical Installations at Code and Theory. He is the author of Flash to the Core (2002).

New York agency Hudson Rouge has hired Ricardo Landim as SVP, integrated creative director. He was most recently at BBDO, creating campaigns for FedEx and Snickers, and before that, at Goodby Silverstein, where he led teams on Sprint and HP. The agency has also recruited Phillip Cho as associate creative director/art director. Previously, he was with 180/LA and Amsterdam and Taxi/NY, where he worked on Adidas, Boost Mobile, Sony and BMW. Scott Hanson joins as senior copywriter from Pitch/LA, where he developed social campaigns. Also new are art director Duri Lim, previously at Pereira O'Dell/NY., copywriter Jessy Cole and community manager Sarah Shanfield.