HeLo has signed Jackass creator Jeff Tremaine for U.S. commercial representation. Tremaine directed Bud Light's 2014 Super Bowl spot Epic Night with HeLo,and is also collaborating with EP Justin Moore-Lewy on an upcoming feature documentary project. Tremaine, along with Spike Jonze and Johnny Knoxville, created Jackass, and recently directed jackass Presents: Bad Grandpa. He has also directed music videos for the likes of Weezer, and commercials for clients such as Nintendo, Glad, and Orbit as well as and Bud Light. 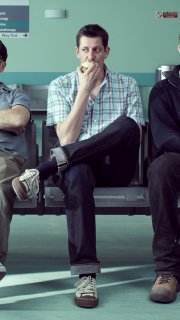 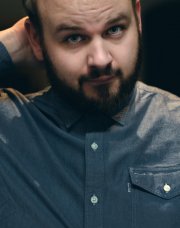 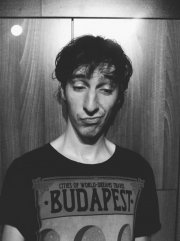 Stinkdigital New York has added two new hires to its staff. Carl Rung (left) who joins as creative director, has spent the last three years as creative director at Monterosa, a digital studio with offices in Stockholm, New York and Singapore. He led creative work for clients including Red Bull, NBC, Google Play, AT&T, Justin Bieber, Samsung and Volvo. Prior to Monterosa, he was digital director at Swedish agency Garbergs, and he has also worked at AKQA in San Francisco, where he was on the core team for McDonald;s campaign The Lost Ring and Nike Basketball. Peter Arato (below) joins Stinkdigital as senior developer. Most recently he has been freelance but prior to that, he worked full-time at Carussel (Budapest), Mito Europe (Budapest) and Stinkdigital London. Some of his projects with Stinkdigital include Playstation 4 First To Greatness, Nike's My Time is Now, and the Diesel Island series.

Biscuit Filmworks has added Matt Dilmore to its directorial roster. As a commercial director, Dilmore has helmed campaigns for Got Milk?, Guinness, Pepsi, Foot Locker, Dish Network, Red Stripe, and others. His recent project is the documentary short The Great Imposter, which he directed as part of ESPN's "30-for-30" series. Dilmore has also directed music videos, published a limited edition book of rare and out-of-print film stills for creative studio Partners & Spade, and co-created (with MJZ director Tom Kuntz) holiday-themed viral shorts Santasm, Warmandfuzzyfeeling, and Itstoastyinhere.

Adam Cameron has joined the directorial roster at Dapper, the recently- launched comedy division from Believe Media. Cameron has directed spots for clients such as Toyota, Subway, AXE, Dunkin' Donuts and Time Warner. He continues to work out of both the U.S. and Europe, most recently shooting a Milka campaign for CPB London and Toyota for Saatchi&Saatchi.

Spanish directing collective CANADA has joined The Directors Bureau for commercial and music video representation in the United States. CANADA is led by directors Nico Mendez and Lope Serrano and supported by executive producer Oscar Romagosa. Most recently they directed the video for Phoenix's Trying to Be Cool, and just finished a commercial campaign for Coca-Cola.

NY-based First Wave TV has signed Dana Dubay for east coast sales representation. Dubay has a background of representing talent across production, post production and music. Over the years, he has worked with such companies including Blue Rock, MoonDog Edit, Compulsive Pictures, Ten Music and Spontaneous.

Independent Films has signed director Mitch Stratten for representation in the UK and Amsterdam. Originally from Johannesburg, Stratten invented a filming technique called Timesculpture, which he used in a commercial commissioned by Toshiba that won a Guinness World Record. He has also won awards from D&AD, Cannes, Clios, AICE and others.

Work Editorial New York has added Ben Jordan as an editor. He has worked on spots including Nike's Write The Future which won the Film Grand Prix at Cannes in 2011, Chevy's Broken Fence and recent spots for Adidas and Pepsi (the latter running during the Super Bowl).