Jo Arghiris Moves to the The Mill L.A.; Saman Kesh to Skunk and more | Ad Age
Skip to main content
Sign In Register

Jo Arghiris Moves to the The Mill L.A.; Saman Kesh to Skunk and more

Jo Arghiris moves to The Mill Los Angeles to become executive producer of Visual Effects. She began at the production house's London office and has worked in all of its studios over the last 13 years. Most recently, Arghiris was based in the New York office, where she began as a senior producer in 2003 before being appointed head of production in 2008 and then executive producer in 2011. Since then she has helped build relationships with top directors in the industry such as Rupert Sanders, Jake Scott, Traktor and Filip Engstrom. Arghiris has overseen work on commercial projects for clients including Nike, Bran Jordon, Coca Cola, PlayStation, Target and FedEx. She has collected accolades at the Cannes Lion Festival, ONESHOW Awards, Clio awards, Art Director's Awards, amongst others.

Saman Kesh, sometimes credited and Saman Kashavarz, has joined SKUNK. The Iranian-born director garnered attention in 2010 when he directed the video for Cinnamon Chasers "Luv Deluxe" and won a SXSW Best Video award. That same year, a spec ad he made for Canon earned him a Clio and he was selected for the 2010 Saatchi New Directors Showcase. Since then he has directed work for clientsincluding Porter Robinson, Coke Burn and DJ Calvin Harris. Over the last week, his latest endeavor, a short sci-fi film he wrote, directed and titled "Controller," has been the subject of buzz.

Famous Group has signed director Brett Fallentine. He has worked on notable films including "Star Wars: Episode III Revenge of the Sith" where he was an apprentice editor under mentor George Lucas while studying film theory at Berkeley and "Avatar," on which he worked as an assistant editor after transferring to USC for filmmaking.His commercial work includes Pepsi and Chiat/Day's two-minute web documentary "Refresh" and later, the brand's "On Tribe" spot. He has also directed work for clients including Nikon, FC Barcelona Google, IBM, Microsoft and The Bill & Melinda Gates Foundation. 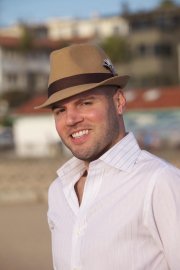 Chad Feeback joins Picture Mill as executive producer.He previously has worked with production houses including Buck, Troika and The Famous Group.and has led efforts for brands such as Sony, Samsung, Microsoft, Cisco and Toyota. 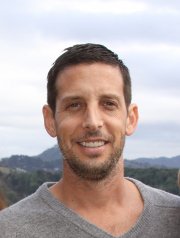 It's a been a big week for Sol Design FX, beginning with the announcement that it would be renamed Flavor. The design and VFX branch of Cutters Studios also signed former Superfad duo Brad Tucker and Darren Jaffe. They join the Los Angeles team as executive producer and executive creative director, respectively. Prior to Superfad -- which has now dissolved -- Tucker had been at Brand New School and Stardust while Jaffe began as Trailer Park and Brand New School. 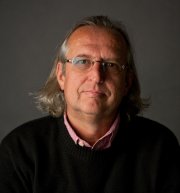 Production and post production house, Humble, has signed director Jerry Simpson. The company behind the recent short film "Tumbleweed Tango" adds Simpson to the team while keeping his Long Island City food and tabletop studio space operational. This will grant it access to a shooting stage for live action and effects work. The director's new post production and color grading space will also stay open and will take on Humble projects as well. 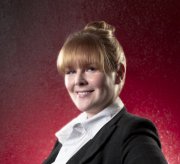 Leah Carnahan joins Cavalry Productions as Director of Operations. Most recently, she was at RSA Films, working as an associate producer. There, she worked on her brother Joe Carnahan's latest films, "The A Team" and "The Grey," in conjunction with the company's features arm, Scott Free.She also provided production support for top industry names including Tony Scott, Steven Klein, Kathryn Bigelow, Henrik Hansen and John O'Hagan.

International production company Casta Diva Pictures has signed a deal with fashion and beauty representatives Artist & Agency. A select number of photographers and from the company will be added to the Casta Diva's roster, including Gilles Bensimon, Morten Bjarnhof, Pascal Demeester, Rasmus Morgensen, Torkil Gudnason and the team from Zoren Gold & Minori.

Sarah Chatfield joins Black Dog Films for music video representation in the US. The English director first garnered attention after helming Mlle Caro and Franck Garcia's video for their song "Far Away." Her work on that earned her a position at London Production Company, Colonel Blimp. Her big break came when she directed Lily Allen's "Alfie" video for which she earned recognition at the UK MVAs. Since then she has done work for artists including Kelly Rowland, The Saturday and Lykke Li. Her experience also include fashion and commissions for London Fashion Week assignments. She has worked with designers such as Louise Grey, House of Holland and Cottweiler.

Director Robert Rugan has joined production company's th1ing/th2ng, (which is pronounced "thing one/thing two) for commercial representation. The appointment follows a period of expansion for the company, which recently also signed Tony Petrossian and Hayley Morrios. Mr. Rugan has worked with both commercials and feature lengths, and was previously director and creative director at Superfad. Clients he has worked with include Kodak, Google, Verizon and Durex. 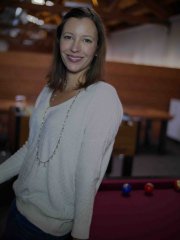 Blythe Dalton Klippsten has been named an executive producer at Stardust in Los Angeles.Ms. Klippsten most recently worked for five years at Mass Market, her most recent position was EP in the company's West Coast office. She oversaw sales and production for clients including Comcast, Pepsi and Domino's. She has also worked as VFX producer on a number of TV series, including "Chuck," "True Blood," "Gossip Girl," and "Jericho." She landed a 2008 Emmy nomination for outstanding visual effects for work on the latter.

Anthony Furlong joins Shilo as creative director/director. He joins the creative production company with wealth of art direction and design experience as well as visual storytelling skill.. He has done directorial work at 1stAveMachine and Stink and recently worked as director and creative director for Poetica Collective. He has done commercial work for brands such as Cisco, Ikea, Nokia and Shell. His credits include acclaimed short-film "Poetica," and most recently, music videos for DeLooze ("Lost Army") and Lorenzo Digrasso ("Finally").