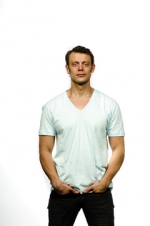 The departure is sudden and with little explanation. It's surprising too considering that Jeff Benjamin, JWT's chief creative officer for North America had worked with Kutscher at JWT and made the hire. In his time there Kutscher worked on Macy's and Litter Genie, among other things.

It's understood that now Benjamin and MacDonald will lead the creative department in New York.

The role of New York chief creative has seen a lot of churn at JWT over the past few years. Before the arrival of Kutscher and promotion of McDonald, Peter Nicholson was in the role for a short time. He was hired to fill a role left vacant by Ty Montague.

At the time of Kutscher's hire, we asked about the problems inherent in a co-CCO structure, but Mr. Benjamin insisted it would work. He said at the time: "There's a lot of surface area that needs to be covered. ... If it's just one person, you often times can't get the vision and leadership that you need. Nobody can be an expert in all of these things, so the best bet you can make is to put together a team. When it doesn't work, it's probably because of chemistry. I know that it's going to work because I've worked with Ryan before, have been working with Matt now, and we have got the [right] chemistry."

Now it seems like an experiment which simply didn't work.