Hungry Man has added former Director's Guild director of the Year Kinka Usher to its roster. Usher, who is folding his own production house House of Usher after 18 years, has directed campaigns and Super Bowl spots for the likes of Bridgestone, Apple, Time Warner, Visa, Pepsi, and Volkswagen. He won DGA director of the year in 2000. His first shoot for Hungry Man begins this month in a spot for Pepsi. Also joining Hungry Man is Nancy Hacohen, his executive producer at House Of Usher for ten years. 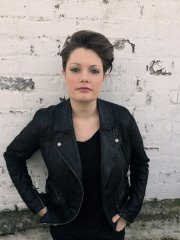 Leonie Ellis has joined Blinkink, the animation, craft and technique division of Blink Productions, to oversee new business and marketing. Ellis previously worked in television broadcast and advertising agencies before moving to 2AM where she worked as head of new business for four years. Blinkink's recent work includes John Lewis campaign The Bear & the Hare. 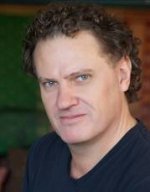 Director Peter Rodger has joined Jim and Kristin Evan's commercial production company Untitled. Rodger's move comes after stints with Bandito Brothers and Recommended Media. As well as directing spots for the likes of Apple, Mercedes, Coca-Cola, Toyota, Microsoft and Canon, Rodger, spent three years creating the non-fiction film "Oh My God" (Hugh Jackman, Ringo Starr) and collaborated with Gary Ross as second unit director on the The Hunger Games. He also directed the propaganda film for the fictional "Capitol" in the story.

L.A. based production company Third Street Mining Company has signed two new directors, David Hicks (left) and Kevin Fitzgerald (below) for exclusive US commercial representation. Hicks began his commercials career as an editor, founding Panic & Bob (P&B) Editing in the late 90s. Since turning to directing he has worked with clients such as Toyota, Captain Morgan's, Molson, Pepsi, Labatts, and Cadbury. Fitzgerald began as a fashion photographer, and began his directing career with a German TV show before being signed to Egg Films (Cape Town). There, he worked with brands such as Lexus, BMW, Amstel and Mercedes.

Moxie Interactive has appointed Robert Powers as managing director of its New York office. Powers was previously SVP of account management at Digitas and has more than 16 years of digital marketing experience with brands in the financialservices, consumer electronics, IT and spirits categories.

The Traveling Picture Show Company has signed director Chad Einbinder for exclusive representation. Einbinder has won multiple Addy and D-Show awards for directing and co-writing a string of Del Taco webisodes, as well as spots and brand work for Auto MD and companies including like Microsoft, Sirius-XM Radio and ESPN. He has also worked with and directed comedians such as Sarah Silverman and sports teams such as the Stanley Cup Champions and the Chicago Blackhawks.

Producer Leonard Shek and designer Ross McCampbell are joining the design agency Hush. Shek has worked for creative agencies Sapient Nitro, BBDO, Gotham, and The Science Project on projects for brands such as Citibank, AT&T, Foot Locker, Banana Republic, Hitachi, and Chobani. McCampbell has previously worked on Hush projects for Nike, Ted Baker, Google, and others.

Los Angeles-based Native Pictures has launched a Chicago office, headed up by executive producer Amy Jarvis Turner. Turner was previously with Leo Burnett in Chicago, where she developed a number of projects with Native.

VFX studio ArsenalFX has made two new hires and a promotion. David Carlson (left) joins as senior CG generalist, after having served in the same role at Digital Domain. Cortney Haile (center) has been promoted to head of operations for ArsenalFX, while Casey Conroy (right) has joined the company as VFX director. Prior to joining ArsenalFX, Conroy most recently served as a visual effects producer and on-set visual effects supervisor for Warner Bros.