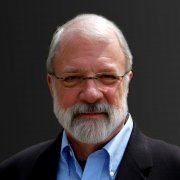 Association of Independent Creative Editors (AICE) executive director Burke Moody is to leave the association in the middle of next year. Moody will remain in his post until June, the completion of his eighth year as executive director, which will include the wrap up of he annual AICE Awards, slated for May 15. AICE has established a succession team to identify and recruit candidates.

SAME has partnered with production company HSI Productions to represent its directors in the French market. HSI's roster incluces David LaChapelle, Joseph Kahn, The Malloys and Ryan Ebner, who have worked with brands such as Samsung, Nike, Adidas, and Bulgari. Dimitri Chamblas, currently based in Los Angeles, will lead the strategic partnership. 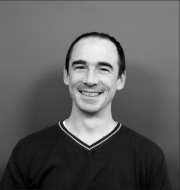 Post-production company Nightshift has added senior editor Walter Mauriot to its team. Mauriot will be available through Nightshift's offices in Paris, Los Angeles and New York. His work includes the Adidas spots "Unite All,", and "All In," the latter directed by Romain Gavras. Mauriot and Gavras have partnered several times, including on MIA's "Born Free" video, which earned him the Antville Award for Best Editing in 2010. He made his Nightshift debut last month with the 24-hour music video for Pharrell Williams' "Happy," directed by We Are From LA and produced by Iconoclast.

Whitehouse Post has added Luis Ribeiro to its team as new business developer covering editorial, visual effects, and design. Ribeiro was the founder of global consultancy Ambassador Digital Group and the U.S. consultant for FilmBrazil, and more recently VP of Beast's Latin division. He will seek to expand Whitehouse Post businesses into Latin America and the U.S. multicultural market.

Creative digital production company MediaMonks has appointed Coen Doolaard as head of its mobile department. Doolaard joins from XS2, where he was in charge of new business. Based in Amsterdam, Doolaard will manage global projects and advise advertising agencies on the use of mobile platforms and technologies to extend their creative campaigns.