Media company Bandito Brothers welcomes Benzo Theodore to its director lineup for U.S. commercial representation. Theodore, who was one of Creativity's "2008 Directors to Watch," got his film start on Spike Jonze's "Being John Malkovich" and transitioned into videographer and photographer work on MTV's "Jackass." Theodore first directorial appearance, "Sunglasses Catch" for Ray-Ban earned 15 million views and industry recognition at Cannes and the D&D Awards. He has directed projects for numerous brands including Hyundai, Honda, EA Games and Verizon Droid. In addition, he has created viral material such as Levi's hit "Jumping into Jeans."

Rascal Films has signed an exclusive deal with Adam Bonke for U.S representation. The director, known for his non-traditional storytelling ability, began his career in London in editing and compositing being his transition into directing. Bonke is based in New York and Copenhagen when not on location for a project. His work on the moving Doctors Without Borders commercial "Interruption" has been lauded internationally. The spot told the story of a simple donation making the difference between a child's operation being conducted in the dark or with a light shining overhead and earned a Cannes Young Director Award.

Julie Fischer joins digital animation and visual design company Pixeldust Studios as Senior Visual Effects Producer. Previously Fischer held the same title at Framestore in Reykjavik, Iceland where she worked on "2 Guns" an upcoming film starring Denzel Washington and Mark Wahlberg. She had once worked with Pixeldust on "Fabric of the Cosmos," a PBS/Nova series. Fischer got her VFX start at Digital Domain where she was involved with films including "Dante's Peak" and "The Fifth Element." Prior to that she had worked at Rhythm & Hues, the Disney-owned Dream Quest Images, Technical Creative Services, Technicolor and PostWorks. In addition to production work on multiple commercials and films including acclaimed indie film "Station Agent," she has experience with documentaries including Martin Scorsese's Bob Dylan film, "No Direction Home," "Why We Fight" and Metallica's "Some Kind of Monster." Fischer has also produced for The Mill, Imaginary Forces, DIVE and Click3X. 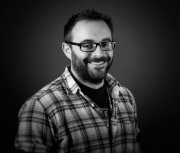 Framestore has tapped Russell Dodgson to be its new Head of Nuke, Worldwide. Until now, Dodgson had served as head of the Visual Effects company's London studio. In this new role he will help Nuke fuse the work coming out of its London, New York and Los Angeles offices. His recent projects have included Galaxy chocolate's "Chauffeur" spot, which featured a CG reproduction of young Audrey Hepburn; the "Skyfall" title sequence and Qualcomm's Clio Award-winning "Coming Soon." In addition, the company has promoted London-based Heather Kinal to senior producer. She joined the company in 2003.

Denise Sante joins editorial company Nomad as Executive Producer. Prior to this, Sante had work in sales and representation at Sound Lounge in New York. She had previously been a sales representative at GO Film, A List, DHMA and Rocket Music. The company is looking to her talent procurement and management skills to expand the group, connecting it with the right specialists and editors as well as fostering a greater relationship with the existing team.

Habana Creative has signed three new directors. Maurus Vom Scheidt, a German native, signs with the group for U.K. commercial representation. He started as a fashion photographer and graduated from Munich Film School in 2002. Vom Scheidt has experience working on more than 100 commercial projects for clients including McDonald's, Nescafe and Nintendo. Habana will also be representing Nathaniel Kramer in the UK. He also began in fashion photography, having done work for Vogue, Elle and Grazia. The native New Yorker has had his hand in multiple industries, with experience producing "A View From a Bridge" on Broadway and "Choices," an Emmy-nominated TV series. He received further praise and recognition for "A Long Haul," the documentary he directed and produced. From there he went on to work on "Hustling" another award-winning series. Additionally, Kramer has music video experience and is currently directing ads for Vogue Italia, Miss Mary underwear and MIA Jeans. Habana also signed Franck Janin, who began as a director of photography for music videos and commercials in both his native Paris and London. From there he sought a directing career in Canada before shooting "Lola," his first short film, in multiple locations. The short was praised internationally receiving attention form award shows and industry events including the Warsaw Film Festival.

Pulse has signed French director Simon Cahn. Cahn has previously done commercial work for international clients such as Hermès and Louis Vuitton, Nike and Supreme -- a collaboration with Terry Richardson and Lady Gaga. "Mourir Auprès de Toi," the short film he and Spike Jonze co-directed for Olympia Le-tan was lauded internationally and received an official selection at the 'Semaine de la Critique' at both the Cannes and Locarno film festivals. In addition, Cahn is the art director French magazine Jalouse and directed "Une Fille Comme Les Autres Part 2" starring model Ashley Smith for the magazine and Diesel. The film, a continuation of another short inspired by Jack Ketchum's The Girl Next Door, was selected at the ASVOFF festival and earned him a place on the Young Directors Awards shortlist at Cannes this year.