Razorfish West has hired Rob Palmer as a creative director. Palmer's experience includes holding the post of creative director at Goodby, where he created the "Power of all of us" campaign for eBay. Prior to that, he was ECD at Chemistri in Detroit, where he oversaw all of the national and regional work for Cadillac. Previously he was a CD at Wieden on accounts such as Miller, Nike, and ESPN Sportscenter. He also did a stint at Chiat, helping launch iMac Colors as the CD on Apple. 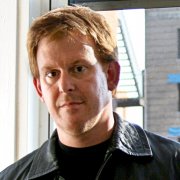 Lincoln Bjorkman has been promoted to chief creative officer at Digitas North America. Bjorkman will take over creative responsibilities for six offices in the region, and will retain his role as EVP/ECD for Digitas' New York Region and continue to lead American Express.
Bjorkman has won a number of awards and also shares a U.S. Patent for digital work developed on behalf of American Express.
He will work with Colin Kinsella, President North America. Prior to Digitas, Bjorkman worked at Y&R first as director of concepts for the Wunderman New York office, and then later as creative director and principal of Y&R Inc's BRAND BUZZ. Previously, Bjorkman and four partners formed Sierra Communications, a full-service marketing communications agency. Prior to that, Bjorkman held positions as creative director at Ryan Partnership and Wunderman Cato Johnson's (Y&R). 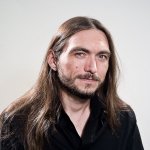 Big Spaceship has promoted Rob Watts to director of production. Stephen Koch and Charlie Whitney have also been promoted to senior developers. Watts has been at Big Spaceship for four years and most recently served as senior producer. He was previously at Sudden Industries and in the music business at Rykodisc Records. Koch has been at Big Spaceship for three years and most recently held the position of developer. Whitney joined the agency in 2008 after working as a flash designer at Hello Monday in Denmark. Prior to his promotion, he was a developer.


Method Studios has brought Jay Lichtman on board as executive producer for its New York facility, where he will oversee all New York-based projects. Lichtman has relocated to New York from London, where he was previously deputy head of production for MPC.


Hungry Man has added Daniel Cox to its directorial roster. Cox recently created "Embrace Life," a PSA that gained over a million YouTube views in its first two weeks and picked up a Bronze Lion at Cannes.


Swedish design studio FilmTecknarna has signed director Mato Atom for U.S. representation. Atom was most recently with Duck Studios. Named by Print Magazine as one of the design industry's rising stars under 30 in the publication's New Visual Artists 2009 issue, Atom's work features features a range of diverse styles.


Production company Great Guns, headed by founder and chairman Laura Gregory is expanding with new offices in Shanghai, Singapore and Mumbai in addition to an existing production office in Bangkok.
In Mumbai, Great Guns has formed a joint venture with Sajiv Kurup's Crocodile Films, a film production company with representatives in Kuala Lumpur and the Middle East. The company has appointed Janene Fitzgerald Head of Asia Pacific region, based in Shanghai where she was recently producing with Black + Cameron. As part of the expansion, Great Guns has signed exclusive deals with directors based in Asia including Bo Krabbe, Marco Pinesi and Squid. Bo, Marco and Squid will also be repped out of the London office. Other signings include MIE, an animation and design collective, Asia representation, and K-Roll from Gang Films.


HNW Inc. has appointed Bruce Marsh creative director. In this role, Mr. Marsh will oversee the development of integrated brand, interactive and direct-marketing strategies for the the wealth-marketing consulting services and software provider. Mr.Marsh has received awards for his interactive, print and TV work for brands such as Citibank, Armani Exchange, Mo?t & Chandon and Porsche. He is also the founder of Modern Tots and PetAccess.com, one of the first dot-com companies to market pet food and supplies on the internet. He subsequently took part in developing e-commerce operations for Clinique, Domino's Pizza, ModernTots and Reebok, among others.


Wing has appointed Alvaro Naddeo senior art director. He joins from PragmaDDB, where he was associate creative director. At Wing, Mr. Naddeo will be based in New York and responsible for overseeing accounts including P&G, Goya Foods and Partnership for a Drug Free America. He brings over 16 years of global advertising experience to Wing, with experience on brands such as Frito-Lay, Pizza Hut, Gatorade, Microsoft, Kool-Aid, Kellogg's and Nintendo. A native of Brazil, Naddeo is a recent transplant to New York from Peru, having built his career in advertising while working both within the U.S. and Latin American markets.


Elias Arts has promoted Kala Sherman to executive producer in its New York Office. Sherman previously spent six years working out of the company's Santa Monica Studios. She recently produced the music for the 2010 Visa Olympics Winter Campaign and the Pepsi "Pass" Campaign. Joining her in the New York studio is Jeff Fiorello, in the newly formed post of associate producer.