Moxie Pictures has signed writer/director Phillip Van - whose latest work includes Infiniti's interactive movie Deja View - for global commercial representation. Brooklyn-based Van won a 2011 One Show Silver Pencil and D&AD Yellow Pencil Award for his cinematic series for XBOX that was released as a prequel to the horror video game "Alan Wake". He has also helmed campaigns for brands including Blue Cross, Yves Saint Laurent, NBC, Optimum and Tribeca Film Festival as well as a short documentary series for Chevy out of Mother NY. Van comes to Moxie from Little Minx.

Chicago-based Cutters Studios has opened a new office in New York City, headed by Elizabeth Krajewski (right), former EP of Beast NYC, as executive producer. The team also comprises editors Steve Bell (center) and Nadav Kurtz (left). Bell joins from Cosmo Street while Kurtz started his career at Cutters in Chicago and has continued to work closely with all of its offices.

B-Reel has signed director Kief Davidson to its commercial director roster. Davidson, who moves to B-Reel from Believe Media, has directed recent campaigns for GE, Absolut, American Express, and Cadillac. This year his documentary Open Heart was nominated for an Oscar in the "Best Documentary Short Subject" category and is now airing on HBO. Currently, Davidson is directing Beyond the Brick, the first official feature-length documentary film on the global phenomenon of LEGO, slated for theatrical release in 2014. 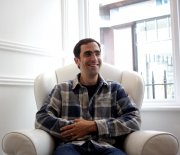 Amsterdam-based production company The Ambassadors has hired VFX supervisor Stephen Pepper, (left), who brings 20 years' experience producing visuals for feature films, TV series and commercials. Dublin-born Pepper joins The Ambassadors from The Embassy in Vancouver, Canada, following recent BAFTA and Oscar nominated work for feature films such as the Iron Man trilogy and District 9. He has been responsible for compositing and finishing on campaigns for brands such as Citroen, Nike, Mercedes Benz, Volkswagen, EA and Chrysler. Also new at The Ambassadors is London-born editor James Forbes-Robertson (below) of Whitehouse Post London. He has worked on campaigns for brands such as Coca-Cola, ID Magazine, BWIN and Jack Wills. Recent projects include an Xbox Kinect EA Fifa spot starring Snoop Dogg for W+K Amsterdam and the Chivas Regal "Here's to Big Bear" trailer for Euro RSCG. 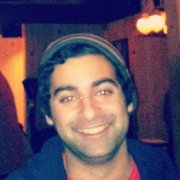 Chicago-based post production company Utopic has signed director of finishing Christopher Elliott to its roster. Elliott joins Utopic after a ten-year stint as Red Car/Chicago's director of finishing. Prior to that position he was on the staff at Optimus, where he worked with Tim Kloehn, Utopic's co-owner and editor. His credits include McDonald's Super Bowl 2013 spot, "All American" .

Moo Studios has added London-based directing collective Nearly Normal to its roster, representing it for commercials in the US and UK. The team of designers, animators and filmmakers produces mixed-media TV commercials, promos, branding and sponsorship. It was co-founded by Saulo Jamariqueli and Jaime Kiss in 2010.