LAPIZ, the agency for emerging cultures inside Leo Burnett, has recruited Fabio Seidl from Ogilvy Brazil as SVP, executive creative director. Seidl, who will report to LAPIZ CCO Laurence Klinger based in Chicago, was creative director at Ogilvy Brazil and contributed to its recognition as Agency of the Year at Cannes this year, on the back of work such as Dove's Real Beauty Sketches. He has also worked with brands such as Coca-Cola, Hellman's, General Motors, Dove, Volvo, Nestle, Cadbury, Billboard, Philips and Kraft Foods during his career.

JWT New York has recruited Anomaly's Andy Carrigan (left) and Jon Zast (below) to be executive creative directors. Carrigan and Zast will lead the creative direction on the agency's Macy's account while contributing across other brands, reporting to CCO of JWT North America Jeff Benjamin. At Anomaly, the duo served as a global group creative director team, managing all creative duties worldwide for Diageo's Captain Morgan rum brand, as well as Budweiser and the NBC Sports Network. They first teamed up at Wieden + Kennedy New York in 2004, working on ESPN, Nike and Sharp Electronics. They have received awards from the likes of The One Show, ANDY awards and Cannes Lions Festival of Creativity. 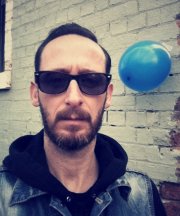 Australian creative agency BMF has appointed Carlos Furnari as creative director for its Melbourne office. Furnari joins BMF having recently returned from 15 years abroad, working in London, Berlin and most recently Amsterdam after joining Wieden & Kennedy as a copywriter in 2001. He also spent time working in Wieden's Portland office, and in more recent years has developed campaigns working directly with Nike Europe. 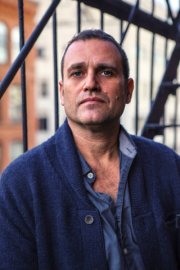