Rattling Stick's content and entertainment division Rattling Stuff has appointed Andy Orrick with the job title of chief of Stuff. The former business development director of Mill Digital, London, Orrick joined The Mill as EP for Telecine in 2006 and whilst in that team, conceived-of and project managed Mill Colour, a pre-Instagram photo-grading app for the iPhone. He co-founded Mill Digital with Rodrigo Sobral, going on to create and produce interactive campaigns and installations for Sega, Doritos, Redgate, Samsung and Absolut. He continues to script edit for various directors and producers. 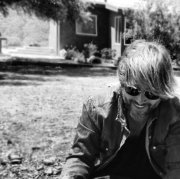 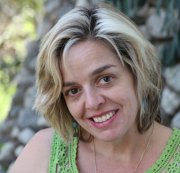 VFX studio Brewster Parsons has appointed Sybil McCarthy as executive producer in charge of business development. McCarthybegan her career in Boston as a producer working with agencies Hill Holliday, then Arnold, where she rose to the position of senior producer. After joining TBWAChiatDay Los Angeles, she spent ten years overseeing production on campaigns for Infiniti, Nissan, Pepsi and Sony. She has also held executive producer positions with both Jigsaw Edit and Beast in LA.

Creative studio Leviathan has made four new appointments: senior 3D artist Andrew Butterworth (left); creative technologist Harvey Moon, 2D artist Ely Beyer and associate producer Kelsey Barrentine. Butterworth joins from Superfad in Seattle, where he spent the past four years; Moon, a new media artist, was part of the team that won the top prize at the 2013 Red Bull Creation Challenge; Beyer has been working as a freelance artist in the Chicago while Barrentine joins from agency TPN. Leviathan has also promoted Lauren Shawe to senior producer, Ellen Schopler to producer, David Brodeur to art director, and Gareth Fewel to lead designer. 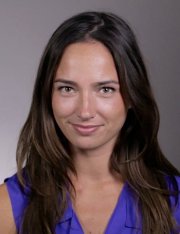 Wiredrive, creator of the media-sharing and cloud-collaboration software for creative businesses, has opened a new office in London's Soho district. The company will be led by account executive Kylie Hutchinson. Wiredrive has already been adopted by a number of UK media companies including Stitch Editing and North One Television.

Hudson Edit, sister company to the production company Avalon Films, has added editor Rich Smith to its roster as it opens a new Detroit office. Smith has cut spots for national brands including Dodge, Chevy, Bud Light Lime, Spike TV, and Verizon and has edited music videos for Some Velvet Evening and The White Stripes. He received an Emmy for editing "Come Unto Me: The Faces of Tyree Guyton", a documentary raising awareness and action against urban neglect.

Tony Franklin has joined the directorial roster of Harpoon Pictures for commercial representation. Franklin began his career in advertising in-house with Target where he became and art director, and has since carried out and directed music videos and short films, as well as content, and commercials for multiple agencies. He is also a fine art painter, having studied film, photography, design and advertising at the Academy of Art in San Francisco.

Post house Absolute Post, together with sister company, Blind Pig, has promoted Nick Haynes to executive producer, and Melissa Stephano to head of production based in its New York offices. Haynes was a founder of the New York office in 2007 and has since led VFX and Motion Graphics on projects including Coldplay's "Atlas", and Guinness "Basketball". Stephano counts John Legend's "Made to Love" video among her recent credits. Both Haynes and Stephano will report directly to London-based CEO and founder Dave Smith.

Rock Paper Scissors has signed editor Mikkel EG Nielsen to its New York office. His most recent works include a music video for Katy Perry's The One That Got Away, Academy Award nominated film A Royal Affair and spots for brands including Volkswagen and Audi.