Creative duo Paul Oberlin and Matt Sherman have joined the Mullen LA office as associate creative directors. The two were previously at Deutsch LA as senior art director and senior copywriter, respectively. In their time there, the pair was short-listed at Cannes and won two Clios for its work on Volkswagen. Oberlin and Sherman's better known collaborations include VW's "Mask" and "Black Beetle" spots -- the latter ran during the 2011 Super Bowl. Since starting at Mullen they have been working on the Acura account from the agency's new El Segundo office. Prior to Deutsch, Oberlin had been at BBDO New York's M&M and AT&T accounts and Sherman had worked on ESPN and 2KSportsat Ground Zero.

DARE Vancouver has made three new creative hires: copywriter and art director duo David Giovando and Todd Takahashi, as well as art director Natee Likitsuwankool. Giovando has worked at agencies in Vancouver and Calgary on accounts such as TELUS, AMA and Vancouver Aquarium. Takahashi had previously been at Shaw Communications working on Molson Canadian, Mr. Lube and the Alzheimer Society of British Columbia. He was also a Cyber Winner at the 2009 and 2010 Cannes Young Lions awards. The creative partners created The Dogwood Initiative's "No Tankers" campaign, which has earned them recognition from several clubs and organizations including the Advertising & Design Club of Canada and the National Advertising Awards. Likitsuwankool also comes with experience and Cannes honors. Previous client work includes Ford, Lincoln, LandRover and A&W. 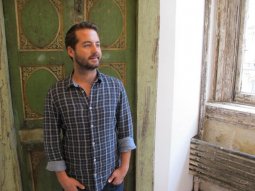 Wes Phelan has been appointed senior art director at creative agency Johannes Leonardo. Phelan had previously held the role of creative director at WPP company MetropolitanRepublic in Johannesburg where he was helped acquire the MTN Telecommunications' account. Other accounts included Discovery Health and Reckitt Benkeiser. The Cannes Gold and Silver Lion award recipient and Clio Gold award winner will now be based in New York and report directly the agency co-founders Jan Jacobs and Leo Premutico. He will be the creative partner to senior copywriter Harv Bains and will begin work on campaigns including Coca-Cola, Google, and Nike.

Isobar UK -- a part of the Aegis Group -- has made moves to strengthen its management team, beginning with Nick Bailey's promotion to chief executive. Bailey, who joined the agency from AKQA Amsterdam in March of this year, is presently executive creative director. The agency will look to his digital and creative expertise to go on delivering work for key clients including Kellogg's, Toyota, Danone and Google. He will begin his new role in September when current chief executive Penny Herriman will move on to London-based clothing company Boden as global brand director. In addition, global CEO Mark Cranmer will also be taking over the role of UK agency chairman. Mike Mulligan will be joining the boar as Commercial Director in addition to his current responsibilities as EMEA Operations Director.

SS+K's CCO Bobby Hershfield has tapped new art directors Kat Lam, Bryan Denman and Mike Johnson as well as copywriters Lindsey Lanpher and Richard Tseng. The team will be working with clients including Wells Fargo, HBO, FWD.US, Volkswagen and MSNBC. Kat Lam comes to the New York office from Butler, Shine, Stern & Partners in San Francisco where she worked on women's lingerie and fast food accounts. Bryan Denman had previously work at Crispin Porter + Bogusky where he worked on a wide array of business including Microsoft. Mike Johnson joins the team from Saatchi & Saatchi New York where he worked on Tide and Lenovo. Lindsey Lanpher comes over from Anomaly where she worked on Coca-Cola and the Lincoln Motor Company re-launch and Rich Tseng in a 2011 National Advertising winner from Toronto.

Gary Brooks has been appointed creative director at WDMP. The former OgilvyAction creative director will now oversee creative strategy and implementation across WDMP for clients including BP, Monarch Airlines and Tesco Bank. CEO Gavin Wheeler hope Brooks' experience in direct marketing and the digital space give them more to offer. Before OgilvyAction, Brooks had worked at Wunderman and OgilvyOne on campaigns for American Express, BP, Coca-Cola, P&G and Fiat.

Santiago Bourges Waldegg has been named vice president and digital creative director at Publicis Dallas reporting to executive creative director Shon Rathbone. Bourges Waldegg had previously been digital creative director at Hispanic agency Dieste in Dallas. The Publicis team views his experience on blue chip accounts in the US and Mexico including Pepsi, Levi's, Bridgestone and Nestle will be an asset. In addition, his multi-cultural background -- being born in Mexico -- and familiarity with targeting the Hispanic market will also prove to be helpful.