180 Amsterdam has appointed former Umbro brand director Stephen Corlett to the new position of managing director. He will report to 180 CEO Kevin Dundas. Corlett has worked both agency and client side, starting his career at Saatchi & Saatchi London. He went on to roles at Wieden + Kennedy Amsterdam and Anomaly New York, where he worked on Converse, before joining Umbro. 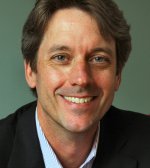 Curious Pictures, the New York-based animation and mixed-media production company, has named Bill Reilly as executive producer. Reilly is the owner and executive producer of the L.A. based live action production company Space Program. He will merge Space Program with Curious, bringing with him directors Zach Braff and Scott Duncan. Curious will open a new office in Santa Monica, and Reilly will divide his time between there and New York. 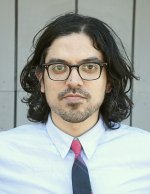 Attik has hired Rey Andrade associate creative director . Andrade joins from agencytwofifteen, where he was also associate creative director. There, his credits include campaigns for Microsfot XBox and its various game titles, Microsoft's Kin and Nescafe for Mexico. Prior to that, he worked at Venables Bell & Partners in San Francisco as an art director. His awards being named a Young Gun in 2004 in the Art Director's Club's competition for innovative visual artists age 30 and under, as well as Webbys, Effies and a Cannes Integrated Lion.

Bi-coastal production company aWhiteLabelProduct has signed director Olivier Gondry for global representation. The French director, formerly represented by Partizan, has directed campaigns for McDonalds, LG, Audi, Fiat and HP as well as music videos, and is known for his visual effects. 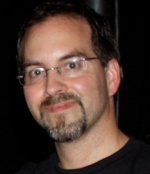 Shooters NYC, a new offshoot of Philadelphia-based post house ShootersINC, has appointed Anthony Marinelli as an editor. Marinelli began his editing career as an in-house editor at DDB Needham, and has worked at Steel Rose Editorial, Crew Cuts and Cut + Run, before joining Red Car in 2008. His work includes the 2005 Super Bowl spot 'Superheroes' for Visa and the NY Department of Tourism's 'New Day' campaign.

Framestore's London office has promoted Helen Hughes to head of production, commercials. Hughes joined Framestore as a senior producer in August 2010 and has worked on campaigns including Audi Goodnight Moon with Daniel Kleinman; EA Sports FIFA 11 and Special Olympics Omar with Johnny Green. She is currently working with Tom Kuntz on a soon-to-be-released project. Hughes joined Framestore from Method Studios in LA where she was a director of production.

Blinkink and Blinkart have signed collective Treat Studios for commercial representation. Treat Studios are a group who met whilst studying animation and illustration at Kingston University, UK. Their work includes a music video for the band Mazes and a series of idents on TV channel E4, including title sequences and animated idents for the teen show Skins.