New York based agency SS+K has hired Alvaro Rivera and Nathan Phillips as art director and copywriter, respectively. Rivera was formerly a freelance interactive designer and art director working with clients such as Home Depot, Nikon and Verizon. Phillips was formerly a freelance copywriter at TaxiNY and Publicis Modem while working as a comedic writer and performer. The pair join SS+K as a creative team working on Kraft, Chevy Volt, Teach.gov, GE ecomagination and Communities In Schools. 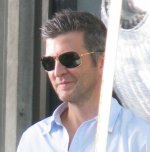 Argyle Brothers has added director Stephen Pearson to its roster for commercial representation. Perason joins after four years at Hungry Man, where he directed commercials including the Return to the Doghouse campaign for JC Penney out of Saatchi & Saatchi, NY. He has also directed spots for clients such as Burger King, Microsoft, H&R Block, Miller High Life, Travel Channel, Domino's, Southwest Airlines and Coors Light. Prior to his career as a director, Pearson worked for agencies including Merkley, Goodby Silverstein & Partners, Mad Dogs & Englishmen, and Dweck & Campbell.


Definition 6 has added two new hires to its post-production team, Rich Mele as senior editor and Claire Joseph as client relations manager. Both will be based in its New York office. Mele, who joins from Trailer Park Inc., will be producing promos for broadcast and network clients, while Joseph will be managing the agency's client relationships. Her 20 year career includes work for production companies including Lee Hunt Associates and CathodeRay Club NY, as well as for MTV Networks. Both will report to Robert Ortiz, managing partner at Definition 6.


Blok Design has relocated from Mexico City back to Toronto, where it was originally founded in 1998 by Vanessa Eckstein. The agency has also hired Marta Cutler as partner. Cutler is a copywriter with over twenty years of experience in advertising, including stints at Cossette and MacLaren McCann.