Jackie Kelman Bisbee of Park Pictures will be chairing the Association of Independent Commercial Producers (AICP) Show this year. Kelman Bisbee, who opened Park Pictures in 1998 with director/DP Lance Acord, will oversee a 28-member Show Committee. The AICP Show & Next Awards has also now opened its call for entries, with a promotional campaign (created by a team at the VCU Brandcenter) which can be seen at www.allartisadvertising.com. The entry deadline for the AICP Show is March 2, 2012 for work airing February 28, 2011 to February 26, 2012. The Show takes place on June 12th at MoMA.

Ben Tricklebank has joined Tool's roster as interactive director. Tricklebank previously served as creative director at B-Reel and Domani Studios. At B-Reel, he was responsible for work such as Google and Arcade Fire's The Wilderness Downtown. which won both the Gold and Grand Prix Lions at Cannes. At Domani Studios, he led the creation of the Gold Cyber Lion winning We Choose the Moon for the JFK Presidential Library and The Martin Agency. His recent work includes YouTube's One Hour Per Second. 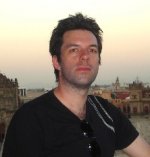 Wild(child) Editorial has hired Argentinian editor Diego Panich to join its team. Panich, who will move to New York, was responsible for editing recent spots including Norte's 'Photoblocker', by Del Campo Saatchi Saatchi, and VW's 'Duel', by DDB Argentina for Tiguan Park Assist. He has also worked on ads including Nike 'Surgery', which won a Bronze Clio in 2008, and MTV's 'Father + Daughter', which was awarded the Cannes Silver Lion. Most recently he worked on Lipton Ice Tea's 'Join The Dance', featuring Hugh Jackman.

Seattle-based agency Wexley School for Girls has hired Todd Grant as a creative. Grant's portfolio includes co-creating the Budweiser Lizards while at at Goodby, Silverstein & Partners and launching the 'invent' tagline for HP. He has also worked on brands including Adidas, Porsche, Nike, GotMilk, Burger King and Microsoft.

Blink has added director Paul Minor to its roster. His work has included films for O2, Mozilla Firefox, Uniqlo, Harley Davidson and Nike.