AKQA San Francisco has two new executive creative directors, in the form of Neil Robinson and Stephen Clements, who will now oversee the more than 100-person creative department at the agency. They replace Pierre Lipton, who moved over to M&C Saatchi to become the agency's chief creative officer earlier this week. The duo will report to chief creative officer Rei Inamoto. "Neil and Stephen bring years of leadership in creating some of the most inspiring and impactful work that has earned global recognition. Their unique ability to tell stories for brands through software is unparalleled and is the future of this industry," Inamoto said in a statement. Robinson, who has been with AKQA for 15 years, has worked on accounts like Nike, Orange, Microsoft and Sainsbury's. He was previously group creative director. Clements has been at the agency for nearly 10 years, and has worked on the interface experience for the Xbox 360, as well as on campaigns for Halo and Nike Run London. 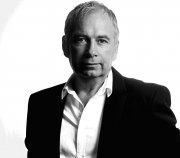 Ogilvy & Mather France has hired a new creative director. Michel Delauw joins the agency from Cossette Montreal, where he was the VP and chief creative officer. He has previously spent time at DDB Brussels, Leo Burnett Belgium and TBWA/Paris. "I found that creative integration is much better at Ogilvy Paris. Everything is in-house," said Delauw. "The best of integration is possible here at Ogilvy Paris."

Director John Singleton has joined Little Minx's roster. He is best known for feature work on "Boys N The Hood," "Poetic Justice," "Abduction," and "Four Brothers," and has also done commercials for brands including Burger King, AT&T and Jeep/Chrysler. A graduate of USC Film School, he was behind Coke's "Around the World" commercial, featuring children playing different instruments in locations around New York City.

San Francisco digital agency iCrossing hired Andrew Schmeling (right) and Chris Gatewood as VP and executive creative directors, leading creative teams for clients including Williams-Sonoma, AAA and Chevron. The duo have worked as a team for 10 years, most recently at TEAK Digital. They have also spent time at Isobar (formerly known as Freestyle.)

MPC has hired VFX supervisor Evan Schoonmaker (left) and lead animator Grae Revell. Both will work out of the company's New York office. Schoonmaker, who has already been at the studio for a few months now, recently worked on a campaign for Nike+, alongside director Adam Berg. His portfolio includes work for brands like Verizon, DirecTV and Geico, and he has previously spent time at Brand New School, Psyop, Mass Market and The Mill. Animator Revell has worked on features like Transformers: Dark of the Moon and Prince of Persia: The Sands of Time, as well as done character animation for Coke, Listerine and LEGO.

Ethan Mitchell (left) and Sam Puglise-Kipley have both been promoted to editors in the New York office of Whitehouse Post. Mitchell, who joined the company in 2007, has worked on campaigns for ESPN, Heineken and the BBC. Last year, he moved to Masterdam to set up the editorial division of Whitehouse Post in partnership with VFX company The Ambassadors. Puglise-Kipley has been with the company since 2003, and moved to the New York office from Chicago in 2007 as assistant editor. He has worked on projects for Microsoft, Liberty Mutual and Citibank.