Cheil Worldwide has named Jeffrey Curtis global creative director, to be based at the agency's Seoul office. Before Cheil, Curtis was regional CD at Lowe Thailand and worked on global accounts like Unilever, Rexona and Pepsodent. There, he had also served as ECD from 2001 to 2005, serving clients like Unilever, Coca Cola and Johnson & Johnson. Prior to his term in Bangkok, Curtis worked in London at Lowe Howard Spink/Lowe Lintas, where he was senior art director. 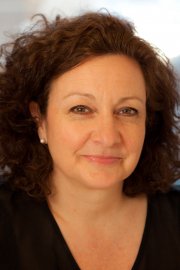 AKQA has appointed Quiche Campbell as head of film. Campbell has been a commercial producer for over 15 years and has worked with independent production companies and directors across a wide range of products and industries, including automotive, beauty, special effects and comedy. She started her career at the TV department of BBH before working for a number of independent production companies, and then ran the production arm of Moving Pictures. 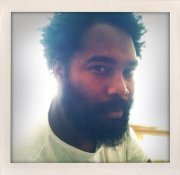 Rock Paper Scissors has opened a New York office led by editors Carlos Arias (pictured) and Frank Snider. Arias has just finished the next round of the award-winning campaign for Old Spice. His work for Old Spice,Virgin Atlantic, and Give it a Ponder all received awards at Cannes and the 2010 AICP show. Snider is currently working on a Versace campaign with acclaimed fashion photographer Craig McDean and will soon be doing work with Anomaly and Baron & Baron. His client list includes Mercedes, Calvin Klein, MasterCard and the NFL. Frank has collaborated with many directors, including Lance Acord, Jim Jenkins, Malcolm Venville and Fabien Baron. 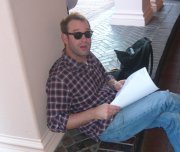 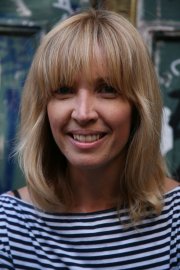 Framestore NY has launched a film division to offer visual-effects work to the film community working on the East Coast. As part of its launch, the company has imported talent from the U.K. including VFX executive producer Sarah Dowland (pictured) and VFX supervisor Ivan Moran. In the U.K., Dowland worked on films including "Harry Potter and the Prison of Azkaban," "Harry Potter and the Goblet of Fire" and "V for Vendetta." At Framestore UK, Mr. Moran worked as the compositing supervisor for some of Framestore's larger features. 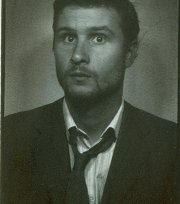 Therapy has hired Jonathan Van Tulleken as its newest director. In 2009, Screen International named Mr. Van Tulleken "star of tomorrow" and Creativity magazine nominated him as one of the top 10 directors to watch. He has been nominated for a BAFTA for his short film, "Off Season' for which he has also been commissioned to write and direct a feature length version. He has also been selected for a number of film and TV awards, including Toronto, Slamdance, Edinburgh, BBC shorts and Virgin Media Short films. 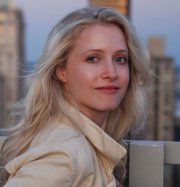 Nomad Editing Company has added executive producer Celest Gilbert to its NYC studio. Prior to Nomad, Ms. Gilbert cut her teeth as a producer, then EP with Venice-based boutique VFX studio Sea Level. While there, she worked on many award-winning commercial campaigns, including "Hello Tomorrow," the Spike Jonze projet Adidas which currently resides in the permanent collection at MOMA.

Mono has announced that Tracy Tabery-Weller will join the Minneapolis-based creative branding and advertising agency as its first broadcast/integrated producer. Prior to joining mono, Ms.Tabery-Weller was a senior integrated producer with Carmichael Lynch, where she worked on broadcast and digital campaigns for brands including Harley-Davidson, Suburu and Redfeather Snowshoes.She has also done work for the FX Network and independent production for mono. Before that, she was an associate producer at Fallon, Minneapolis.

David Nutter is the latest addition to Harvest's directorial roster. Mr. Nutter has directed popular TV shows such as "Band of Brothers," "Entourage," "The Sopranos" and Smallville, winning an Emmy award for his work on "Brothers," and was nominated for "Entourage" and "The Sopranos." This month, he received another Emmy nod for directing HBO's "The Pacific."

Caryn MacLean has been named a partner at bicoastal editorial house Union. She has served as executive producer at the company since it established Union NY in June 2008. Prior to joining Union, Ms. MacLean spent time at Blue Rock as senior producer at Blue Rock, and was managing director of Invisible Dog. She also served as East Coast editorial producer on "U23D," the first-ever live-action 3-D concert movie, featuring U2.