Arnold Worldwide has appointed Tristan Kincaid as creative director, based in New York. He will be responsible for leading creative projects across several clients, including Hershey and Fab.com. Kincaid, who was most recently creative director at Ogilvy & Mather, will report to Aaron Griffiths and John Staffen, ArnoldNYC's co-chief creative officers. He began his career at Ogilvy & Mather in New York, where he took a leadership role on the Fanta brand. Additionally, Arnold has appointed David Fisher as SVP, director of integrated production and Lia Armatas as director of creative services. Fisher joins from Chiat/Day and Armatas from Grey.

Epoch has hired Melissa Culligan, previously executive producer of The Directors Bureau, to work alongside its management team. The move comes as founder Mindy Goldberg is expanding upon her role as managing director of the company to include oversight of day to day operations, while her partner, Jerry Solomon, is departing to pursue other ventures. 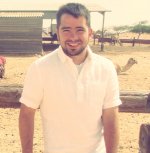 Detour Films has signed director and cinematographer Matty Brown to its roster. His work includes poetic short films such as"Hectometer - World Record", and "Dreaming It{aly}", as well as music videos such as The Doll Lab's "Birth of Bee Bop" and Anderson & Roe's "The Piano". Brown was also the guest-of-honor and keynote speaker at the 5 Minutos Nacional Film Festival in Salvador, Brazil this yea, which screened six of his films. 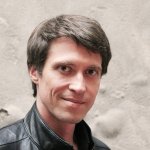 Gravity has appointed Alex Lemke as its new senior VFX supervisor/compositing supervisor for films and commercials. Prior to joining Gravity, he was the senior compositor for Peter Jackson's "The Hobbit: An Unexpected Journey" and earlier while at Weta Digital in New Zealand, he worked on all three of the "The Lord of the Rings" trilogy. Lemke has also worked at Framestore, with directors Joel and Ethan Coen as the VFX Supervisor for their upcoming film, "Inside Llewyn Davis". He was also the compositing supervisor for David Chase's "Not Fade Away".

Logan East has added executive producer Dan Sormani (left) and CD/director Alan Bibby (right) to its roster to lead the East Coast division of the company out of its Soho, NY office. Sormani was previously an EP/Partner at Lifelong Friendship Society with prior stints at Brand New School, Stardust, and Lowe. He has won awards for work his with brands like Help, Nickelodeon, and Burger King. Bibby joins from Stardust Studios, where his clients included Mercedes-Benz, AT&T, Shell, and Subaru. He also handled several music videos, including the Princess of China collaboration between Rihanna and Coldplay.

Arcade Edit has added Will Hasell (right) and Nick Rondeau (left) to its roster as editors. Hasell and Rondeau were previously assistant editors at Arcade, both joining in 2009. Hasell began his career at Uncle working as a director's assistant and did a stint at Jigsaw Editorial. Since joining Arcade, Hasell has edited campaigns for Samsung, AT&T, HBO and Target. Rondeau's career began at Goodby, Silverstein & Partners and he later worked as a freelance editor working on campaigns for Jeep, Ubisoft, Virgin America, The Gap, Hyundia and Nintendo. During his time at Arcade, Rondeau has cut campaigns for Toyota, Sonic, AT&T, T-Mobile, eHarmony, and PETA.