Keith Ciampa is the new executive creative director at Tribal DDB San Francisco, working with agency clients like Intel, Clorox and Microsoft. He comes from Goodby, Silverstein & Partners, where he worked on the Yahoo! and Sprint accounts for two years. He worked on the Yahoo! Bus Stop Derby which won both a Webby and a Cannes Lion. Ciampa's prior stops include McKinney, where he was a creative director, Circle Euro RSCG Digitas and Deutsch. 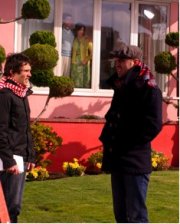 Park Pictures has brought on directorial duo Terri Timely for representation in the U.S., U.K. and some European markets. Under Park, the duo, comprised of Ian Kibbey and Corey Creasey, has worked on an ESPN promo featuring Travis Pastrana, out of Wieden + Kennedy. They're currently working on a promo for the NFL. Their most recent work was a music video for indie band St. Vincent. Kibbey and Creasey met at a film class at UC Berkeley and have since worked on commercials for brands including MTV, Orangina and Nissan. They're also known for their videos with indie stars like Dawin Deez and Midlake. They will continue to be represented by Big Productions in Paris and Soft Citizen in Canada.

Audio post-production company audioEngine has signed on Brian Beatrice onto its roster. Beatrice has previously done work for Nickelodeon, Syfy and the Food Network, as well as worked on commercial projects for the Kaplan Thaler Group and Publicis. He has also worked on long-form documentaries for National Geographic and PBS. Before joining audioEngine, he worked at Bionic and Tonic in New York. 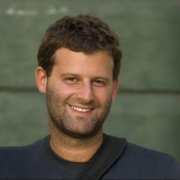 Boaz Livny is joining the team at New York-based Nice Shoes as head of CG. For the past seven years, Livny was freelancing for a number of projects, working with film, television and advertising companies. He ran a studio in New York called Vision Animations and has worked as research and development technical director on films like "The Adjustment Bureau." He has previously worked with Nice Shoes on VFX for the short, "Heartbreaker." 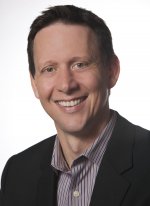 Bicoastal production company Tool has signed Oliver Fuselier permanently, after the EP worked with the company on a freelance basis. Fuselier has worked as an EP at Rhythm and Hues, Incubator and Dektor Films. He has also done work for celebrities including Madonna, Tina Turner and Aerosmith. Tool has done work for Bud Light, the MTV Movie Awards and HP.

Draftfcb San Francisco continues its streak of recent creative hires. The agency has added Goodby associate creative director John Kovacevich as vice president and creative director. He will report to the newly appointed chief creative officer Chris Ford. Kovacevich was at Goodby for three years, working on accounts like Frito-Lay, Tostitos, Chevrolet, Sonic Drive-In and Foster Farms. At Draftfcb, Kovacevich will work with Julie Scelzo on the Dockers and Del Monte accounts.