B-Reel Films has added Swedish director Anders Forsman to its roster. Forsman's projects have included Volvo's Build Your Own Car campaign, World's Quickest Ads, for the Nokia N9 camera, which attracted over 2 million YouTube views, and the music video for British Rapper Dizzee Rascal's Bonkers. Before joining B-Reel Films, Forsman was one of two partners of the directing collective Popcore films with his colleague Lines Johansson.

Limey, the Hollywood based commercial production company owned and operated by executive producer, Andrew Denyer, has signed commercials director Graeme Joyce. Joyce joins Limey after a stint with Moxie and previous companies HSI and Untitled. He has directed spots for clients such as Target, Mercedes and British Airways as well as a short film, Lifetripper, which is currently being shown on the festival circuit.

Deutsch LA has hired Trevor O'Brien as executive creative technology director. Originally from Ireland, O'Brien was most recently with McKinney in Durham, NC, where he served as VP, creative technology director and worked with brands like Lenovo, Travelocity, Virgin Atlantic, and Nationwide. Prior to McKinney, he spent four years as the technical director of digital platforms specialists John Ryan, where he helped to launch digital out-of-home networks for clients in Europe and the U.S. He is also the co-founder of two start-up tech companies, and a lead developer on web-based idea collaboration platform, openhatch.

San Francisco integrated agency Duncan/Channon has appointed Robbie Whiting as director of creative technology and production. Whiting, who will report to executive creative director, Michael Lemme, joins from Draftfcb San Francisco where he was an SVP and led the agency's integrated production department. Prior to that, Whiting spent five years at TBWA/Chiat/Day LA as creative technology director, working with clients like Nissan, Pepsi, Visa, Mars and Gatorade. He has also previously worked at LA agency Ignited Minds, on Activision, Vivendi-Universal, Sony and Electronic Arts among others. 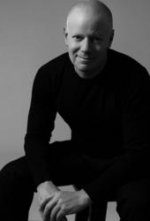 Design firm Tank Design has opened a new office in San Francisco and appointed Scott Fedje to be its creative director. A former creative director with Apple, Nau, Nike, and Cole Haan, Fedje has selected Tank for a wide range of projects in the past. Tank SF will support a growing West Coast client base, including Symantec, TiVo, and solar energy start-up Sungevity, which join brands as FedEx, ServiceMaster, and Citizens Financial Group on Tank's client roster.