Backyard has added director Seth Townsend to the roster. Townsend's speciality is comedy, including an Axe spot starring a sweaty small town hero who keeps live fish under his armpits, a spot for Google Plus featuring a backyard pick-up game with running commentary from NBA talent, and a Pringles spot depicting a supermarket-turned-funhouse. He spent a number of years as the sole American member of the Swedish collective Traktor before becoming one half of the directing duo Seth&Bobby at Partizan. He went solo in early 2011.

Slim has added director Melissa Silverman to its roster. Clients include Starz/Directv, McDonalds, Revlon and Tuborg Beer, and she has an EMMY nomination for Nickelodeon. She began her career at On Air Promotions at MTV where she conceptualized, wrote and directed campaigns with celebrities including Madonna, Conan O'Brien, Donald Trump and The Foo Fighters. Recent work includes spots for The Cooking Channel as well as the 30-minute scripted comedy All Over It that she co-created and co-directed with fellow MTV Alumni Ted Pauly.


Psyop has hired visual effects engineer Jean-Francois "JF" Panisset as chief technology officer, bridging the bi-coastal production company's technology and creative teams. Panisset has worked at Discreet Logic and then Autodesk, where he was instrumental in writing the code for the first version of Inferno. He worked with Psyop's COO, Mark Tobin, for several years at Rock Paper Scissors and a52, and again at Moving Picture Company 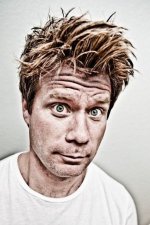