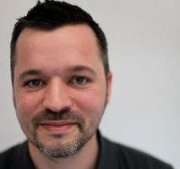 Profero London has a new ECD: Ben Clapp, the former ECD of Tribal DDB who was most recently a creative director at Elvis. Clapp will replace Profero ECD Elspeth Lynn, who is joining M&C Saatchi. Clapp is the winner of two Gold Lions at Cannes, for work on Monopoly City Streets and Monopoly Live, which he worked on while at Tribal DDB. He has also worked on projects like Volkswagen's GTI Project and Midnight Crisis Retreat.

Director Jordan Bruner has been signed by Strange Beast. Bruner, who most recently worked on a Future Perfect Music-funded short film project, 'The Leaf Woman and the Centaur,' is currently seeking funding to work on similar stories in the series.

Director Nick Piper is coming back to Backyard, where he previously spent eight years, after 15 months at B-Reel. Piper is also a creative partner at Santa Monica, Calif. VFX studio Chemical Effects, and plans to use the studios talents for future work with Backyard. He rejoined the company after a meeting with Backyard founder Blair Stribley and sales rep Chris Zander. Stribley said he was "blown away" after seeing what Piper had done during his year away at B-Reel. Piper and Backyard have already wrapped an Olympics spot for P&G.

Jonathan Edwards and Wendy Rosen (left) have joined jumP's New York roster as editors. Both are alums of Red Car. Rosen worked at Red Car for five years after a seven-year run as the owner of 3 Fingered Louie and a four year stint at Mad River. She has worked on a music video for Foo Fighters' 'Learn to Fly,' as well as campaigns like MTV's Jimmy McBride and Tide's Mom at 40. Edwards, the owner of Yellow Rose Editorial has worked on projects like Qatar's winning bid film for the 2022 World Cup, along with @radical.media director Derin Seale.

Editorial and finishing company Fluid has hired Cutting Room's John Piccolo to its roster. Piccolo most recently worked with @radical.media's Dave Meyers on the 'Exploded' spot for Lowe's out of BBDO and has under his belt projects with Hungry Man's Hank Perlman, O Positive's Kenny Herzog and partnerships with DDB NY, Mullen, and Y&R. Piccolo started at Cutting Room as a runner and worked his way up to editor.

Wild(child) editorial has signed Tom Schachte to its roster of editors. Schachte, who has worked on commercials from brands including AOL, AT&T, Toyota, Royal Carribbean and eBay, comes off a 10-year run at BlueRock in New York. "His experience cutting not only hundreds of spots, as well as trailers for big-budget feature films and music videos for high-profile artists, brings the invaluable perspective of a filmmaker to his commercial work - and makes him an ideal fit with Wild(child)'s multi-disciplined team of cutters," Wild(child) oenered Yvette Pineyro said in a statement.