People News from The Barbarian Group, Framestore and More

Colin Nagy has joined The Barbarian Group as its first executive director of earned/social media. Nagy will be working closely with the strategy and creative teams, and will build an earned media department to add word-of-mouth, branded content and social media strategy / measurement for TBG's clients. Nagy was previously partner at Attention, a New York-based social-media marketing firm whose key clients included The Daily Beast, CNN and Newsweek, as well as Morgans Hotel Group, Hilton Worldwide, The Ritz-Carlton and Herman Miller. 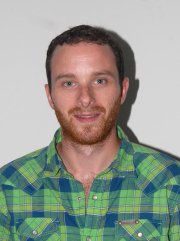 Framestore is welcoming back smoke artist Matt Clarke after his two-year stint working abroad. Clarke began his visual effects career at Framestore in 2000 as a runner and by 2003 was a smoke operator, creating VFX for spots including award-winning Richard Ayoade promos (Arctic Monkeys' "Fluorescent Adolescent" and The Last Shadow Puppets' "My Mistakes Were Made for You"). In 2008, he moved to Holland, where he worked for Glassworks' Amsterdam satellite creating VFX for local clients such as Wieden + Kennedy, 180 Amsterdam, Kessels Kramer and TBWA on campaigns such as Nike, Adidas, EA Games, ESPN, McDonalds and Specsavers. 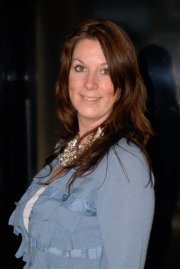 Framestore has also hired Helen Hughes as senior producer. Hughes began her career as an agency producer at Ogilvy and a production company producer at Outsider Films before moving into post production in 2000 via The Mill's London office.In 2006, she transferred to the U.S. to establish The Mill's LA studio. Her latest role was as executive producer and director of production for Method Studios. Hughes' client list includes Modernista, TBWAChiatDay, BBDO, Crispin Porter + Bogusky, 180 and Wieden + Kennedy. She has produced VFX for award-winning campaigns including Ivan Zacharias's Honda "Impossible Dream," Dante Ariola's Johnnie Walker "Human" and more recently, Guy Ritchie's Nike "The Next Level."

French filmmaker Louis Leterrier has joined Saville Productions for exclusive North American representation in commercials. Leterrier is the director of box-office hits such "Clash of the Titans," "The Transporter" and "The Incredible Hulk," and has also helmed spots for BNP and the Asian Games. 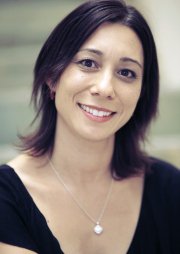 Dominique Anzano has joined Beast as senior producer of its Los Angeles office. Anzano joins joins the editorial facility from Deutsch LA, where as a broadcast producer she was responsible for managing projects for such clients as Volkswagen, DIRECTV, Sony PlayStation, Saturn and TGI Friday's. Prior to her six-year stint at Deutsch, Anzano served as a broadcast producer at Ogilvy & Mather LA, where she produced commercial projects for brands including Cisco Systems, BP, am/pm, Mattel and Kraft Foods.

Dentsu America has hired Matthew Bottkol as associate creative director-copywriter and Todd Eisner as associate creative director-art director. Before joining Dentsu, Bottkol worked with Cosette New York, DraftFCB and Foot Cone & Belding. He is the recipient of industry honors from the One Show, Radio Mercury Awards, D&AD and the Addy Awards, among others. Eisner began his career with Mad Dogs & Englishmen and served as VP-senior art director with DraftFCB. He has worked with clients such as Diet Coke, Samsung, Kraft Foods and City Harvest and has been recognized by the One Show, the Clio Awards and the Addy Awards.

TDA Advertising & Design, Boulder, has recruited Ryan Dean Waite as senior copywriter on all accounts, with a particular focus on FirstBank and and Webroot. Previously, Waite held the same title at Arnold, Boston, working on Jack Daniels, Truth and McDonald's.

Swanson Russell has promoted two of its creatives, Ashley Rolf and Staci Nass. With her promotion to graphic designer, Rolf's duties include conceptualizing and executing catalog and advertisement layouts as well as logo designs for clients. Previously a production artist, she joined Swanson Russell in the fall of 2008. In Nass's new role as graphic/tech specialist, she will help lead an initiative to enhance the creative department's graphic technology and expertise. new business pitches, and converting clients' printed catalogues into interactive resources. Nass joined Swanson Russell as a production artist in 2004.

JWT New York Chief Creative Officer Harvey Marco is leaving the agency to become CCO of the shop that WPP Group is creating for new client Mazda. Marco, who contributed to the Mazda pitch, will leave JWT in September, two years after he arrived from Publicis Groupe's Saatchi & Saatchi in Torrance, Calif.