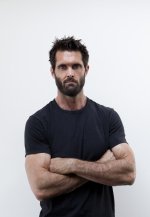 Bi-coastal production company Stardust has appointed Dexton Deboree as partner and managing director. Deboree most recently served as executive vice president and partner at Psyop and finished a brief stint as a partner in the west coast office of Free Agents. He has spent many years in film, television and commercial production, working on projects including James Bond: Quantum Of Solace, receiving a Grammy nomination for the music video based on the film's theme song; a documentary short directed by Angus Wall permanently housed at the Museum of Modern Art in Los Angeles and a VW branded film directed by Jonathan Dayton and Valerie Farris. He also executive produced the Emmy Award-winning CBS animated Christmas special Yes, Virginia in 2009. The appointment coincides with a realignment of the Stardust brand marked by a new website. The company willl emphasize its all-in-one model allowing all creative, from concept to editing, VFX and finishing, to be done in house.

MassMarket has appointed Drew Downes as creative director based in its New York office. Downes, who was most recently VFX Supervisor at MPC NY, has over 14 years of VFX experience with companies such as Mesh22/The Lab Sydney, Post Modern Sydney, MPC UK and MPC NY as well as experience as an editor, camera assistant, broadcast designer, and cinema trailer creator. He has worked on campaigns including 7UP featuring Cee Lo Green with Goodby, Silverstein & Partners; Virgin Mobile 'Lil Richard' with Mother New York; Sony Bravia 'Play Doh Bunnies' and Cadbury 'Gorilla', both with Fallon, London.