People news from @radical.media, Via and more | Ad Age
Skip to main content

People news from @radical.media, Via and more

Karen Monahan is joining @radical.media as managing director of Digital + Design. For the last three years she has been working towards integrating interactive at Wieden + Kennedy NY and BBH NY. Prior to that, she held positions at Perfect Fools, Big Spaceship and R/GA. At @radical.media, she will be working closely with chief creative officer, James Spindler, and chief technology officer, Evan Schechtman, in furthering the agency's design and digital capabilities.


Portland, Maine-based Via, which recently won Advertising Age's Small Agency of the Year award, is expanding its creative team with three creative directors. Kevin Phillips and Steve Street join from Ogilvy, Sydney. Phillips previously was senior art director at Ogilvy, Sydney and art director at Clemenger BBDO, Sydney. Street was a senior creative/copywriter at Ogilvy, Sydney and has also worked at Ogilvy, Japan and BatesAsia/141 Worldwide. They will work on Friendly's, Samsung, NAB, DuPont and Unilever. Greg Crossley joins VIA as creative director of brand design. He was previously head of design at Y&R and worked at Lowe and Bozell in New York. His past clients include Bacardi, Godiva, Macy's, Bank of America, the New York Times and Tom's of Maine. 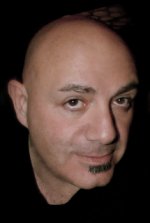 Director Michael LaBellarte has signed with Utopic, an integrated digital media company based in Chicago. LaBellarte is the first director to come on board the production division for Utopic, which also includes post, audio, web, design, mobile and interactive services. He began his directing career through Z-Group Films in Venice, CA and worked under the Altar Film banner in Los Angeles, CA for six years prior to joining Utopic. Since his signing, LaBellarte has already completed shooting two commercials and interactive content with Leo Burnett for Nintendo and is preparing to shoot a six spot package with advertising agency Elevator. 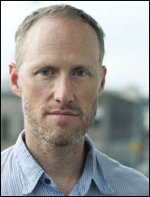 Thornberg and Forester, the design and production agency, has hired Frank Pichel as creative director. Since May 2010, he has been part of the creative management of Brooklyn-based art and design studio flightphase, and has also worked as a freelance creative through tendorcore, his own company. He is a past creative director for Digital Kitchen, Superfad, and Favorite Color, and from 1996 to 2000, he held the position of Animation Department chair for Colorado Institute of Art Denver.