LA-based production company Biscuit Filmworks has signed director Jeff Low for US representation. Low, who co-directed the recent Skittles work through BBDO Toronto featuring Cat Man, has also directed campaigns for WWF, BMW Mini, Baskin Robins, Brita and Habitat for Humanity. His work has been awarded in the Communication Arts Design and Advertising Annual, One Show, London International Awards and The Bessies.


Will Chau, a creative director at GSD&M, is to launch the Austin Creative Department, Austin's first portfolio school outside of the University of Texas. The school will be supported by GSD&M and taught by working professionals at the agency in addition to other outside creatives. Its purpose is to offer another alternative to expensive ad schools, help students build a portfolio and teach practical applications to survive in an ad agency. 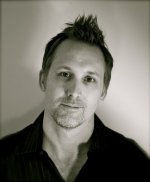 Backyard has signed director Mac Carter for representation. Carter who was previously represented by Anonymous Content, has filmed more than 100 commercials for brands including Intel, Jaguar, Visa, SBC, Kellogg's, Burger King, Chevrolet, Dunkin' Donuts, Visa, MasterCard, Chevrolet, McDonald's, John Hancock, Coca-Cola and Toyota. His awards include a Bronze Lion at Cannes; a Golden Pencil in 2003; and a Gold Bessie for an AGF ad via Y&R, Toronto.

Deutsch LA has added three new hires to its creative department, all of whom will work on its Volkswagen business. Karl Haddad and Jed Cohen of Strawberry Frog join as art director and copywriter, respectively, while Runak Chavoshi joins from Crispin Porter + Bogusky as art director. While at Strawberry Frog, Haddad and Cohen created TV, print and digital work for Jim Beam, Sabra Hummus and Morgan Stanley including the Parallels campaign for Jim Beam, featuring actor Willem Dafoe. Chavoshi was interactive art director at CP+B, where her work for Best Buy Twelpforce won a Cannes Titanium Grand Prix among other prizes. 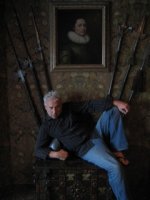 Superlounge has signed comedy director Tom Schiller to its roster. Schiller began his career on Saturday Night Live writing alongside John Belushi, Gilda Radner, and Chevy Chase, and directed Bill Murray and Dan Aykroyd in the feature film Nothing Lasts Forever. His commercials include Real Men of Genius for Bud Light and he has won awards including three Cannes Lions, several Clio Awards, and the International Andy Award of Excellence. 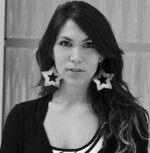 Evolution Bureau has appointed Max Stein as an editor. Stein was previously an editor at Venables, Bell and Partners for three years, where he worked on campaigns for Audi and Slim Jim. Prior to Venables, Stein edited at Goodby, Silverstein and Partners. He begins his new post next week and will work on all EVB clients.